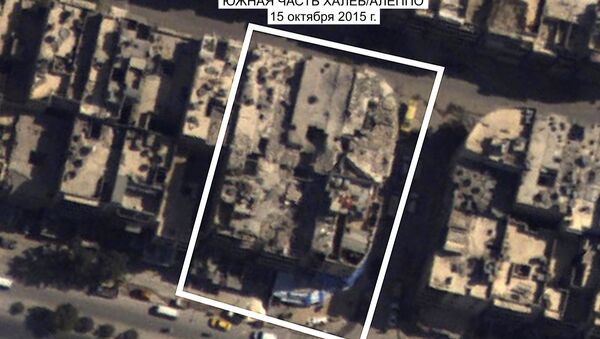 HMEYMIM AIRBASE (Syria), (Sputnik) – In April, the international humanitarian group Doctors Without Borders (MSF) said that 50 people were killed in an airstrike which struck the al-Quds hospital in the Syrian city of Aleppo.

"The so-called news story about the bombing of a hospital in Al-Quds was picked up by many international media outlets as an example of failure of the Russian and US-agreed Syrian ceasefire. We checked this information; and today we will show you the real picture based on the reconnaissance data," Konashenkov said.

One picture clearly shows the destroyed hospital, the general noted. "It's an indisputable fact no one is denying." 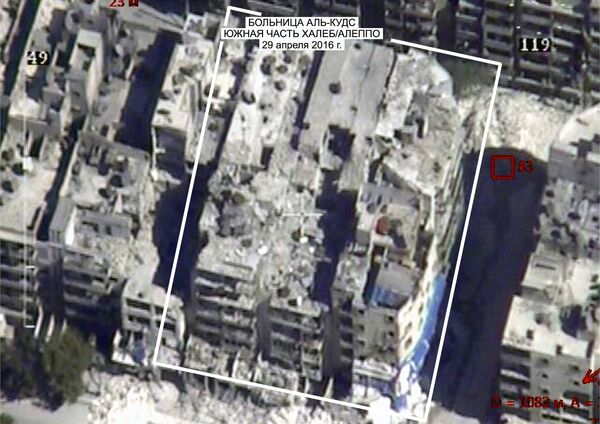 The second picture illustrates the hospital building with damage in identical places to the first photograph, however, this one was taken in October 2015. 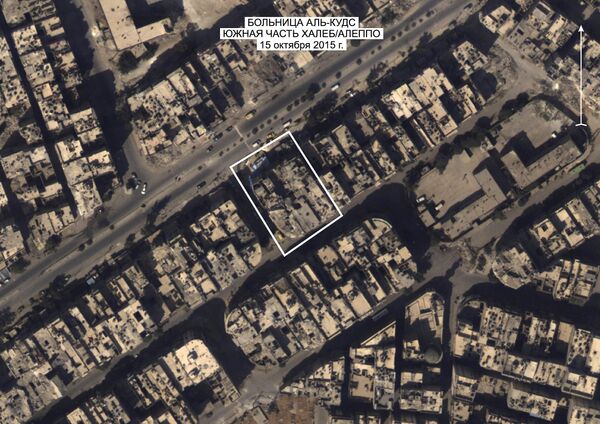 "These photos clearly show that all alleged 'eyewitness' accounts of an airstrike on the hospital are fake. Further comments are unnecessary," Konashenkov said.

Local sources blamed the attack on the Syrian government and Russia, which supports President Bashar Assad. However, the Russian Defense Ministry stated that he country’s planes did not carry out airstrikes in Syria in the past days, while Damascus put the blame on terrorist groups.