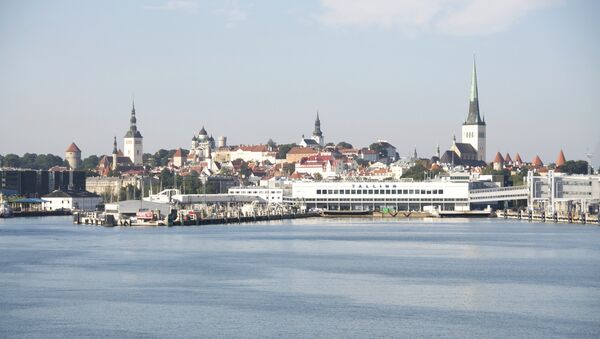 “It is a good example what Hungary is doing and I’m very much convinced that Estonia should do very much the same,” Ojuland, the current chairwoman of the non-parliamentary Estonian People's Unity Party, said. She described the quota system set by the European Commission as not being "in compliance with the interests of member states."

Earlier this week, Estonian lawmakers from the opposition the Centre Party, which has just 27 out of the total 101 parliamentary seats, put forward a bill calling for a nation-wide vote on the introduction of the refugee quota.

“I think it is very good and important idea,” Ojuland, who held the foreign minister portfolio from 2002 through 2005, said, adding that the initiative is not new.

EU Under Pressure Over Turkey Migrant Deal, Press Freedoms
In her words, since June last year her party has managed to collect 19,000 signatures in support of holding a referendum on the EU relocation scheme with a debate on the topic to be held on May 13 in the Estonian Parliament European Affairs Committee.

In September 2015, the European Commission called on EU member states to redistribute 160,000 asylum seekers from Africa and the Middle East throughout the bloc over a two-year period. Brussels’ quota system for refugee admission took into account demographic, social and economic indicators for each country. Estonia has pledged to accommodate 550 migrants under the scheme.

Last month, the Estonian authorities announced that the country was ready to accept up to 200 Syrian refugees directly from Turkey.