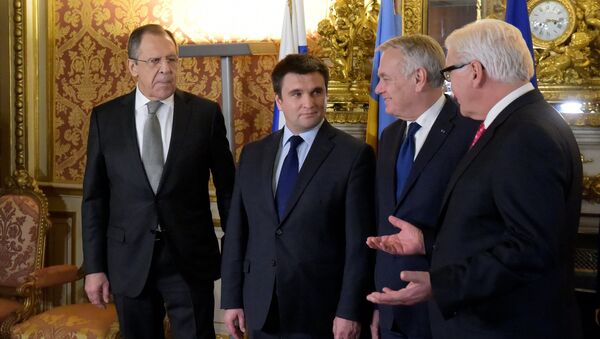 Europe seeks to prove that it can help resolve the Ukrainian crisis together with Russia without interference from overseas, Russian Foreign Minister Sergei Lavrov told Sputnik.

How Washington Will Use the TTIP to Ruin the European Economy
MOSCOW (Sputnik) — Russia, Germany, France and Ukraine, the group of four countries – dubbed "Normandy Four" after their leaders met during WWII Normandy landings' anniversary celebrations in northern France – has been holding regular meetings on the Ukraine conflict since June 2014.

"I think that Europe will gradually show more independence here, as with the Transatlantic Trade and Investment Partnership (TTIP). Attempts to silently formalize all this have failed, and European leaders are forced — under public pressure — to say that the current version does not suit them," he added.