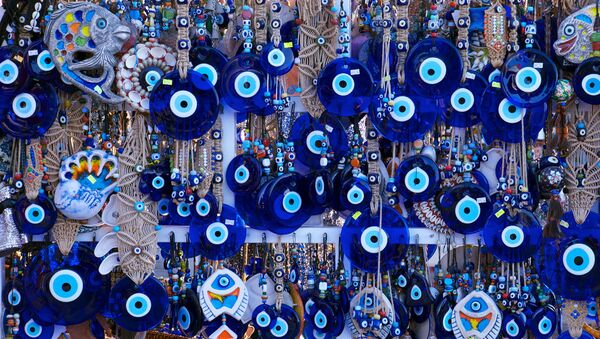 © Flickr / Vik Walker
Subscribe
A group of eight European lawmakers have said that the third Greek bailout conditions - which call for Athens to impose deep austerity measures of its people - reflects the "schizophrenia" and "absurd strategy" of its creditors.

As part of its third bailout agreement with its creditors — the European Commission, the European Central Bank, (ECB) and the International Monetary Fund (IMF), known collectively as the 'Troika' — Greece has been forced to raise taxes, improve tax collection, cut state spending and impose severe changes to its state benefit system, in return for bailout money.

However, deep divisions within the Troika have been exposed — not least the belief within the IMF that the Greek bailout conditions are unsustainable without debt relief — the writing-off of part of its debt — which is a view not shared by the Commission nor the ECB.

Now a group of European lawmakers — Guillaume Balas, Sergio Cofferati, Emmanuel Maurel and Isabelle Thomas from the Socialist & Democrats group; Eva Joly and Ernest Urtasun from the Greens/EFA group; and Curzio Maltese and Dimitrios Papadimoulis, from the Confederal Group of the European United Left/Nordic Green Left group — have said the time has come for a complete re-think of the bailout arrangements.

Writing on Euractiv.com, they said:

"The IMF disagrees with the primary surplus target agreed for the last memorandum and is constantly dissatisfied with the reforms implemented by the Greek government, but simultaneously claims a debt relief. At the same time, some Eurozone creditors have a strategic interest in the IMF remaining in the financial assistance program but refuse conversely the debt relief.

#EU's Tusk sets May 26 G7 mtng as deadline for agrmnt on #Greece →i.e. at May 24 #Eurogroup we'll see the real dramahttps://t.co/eqcMMTnGJT

"Politically and technically unable to conclude on the need of debt relief and the fiscal gap that has to be filled, as well as of the relevant necessary reforms, the creditors solidified their position based on the IMF's participation and more austerity measures. New demands for tax increases, additional budget cuts and lower pensions will set the stage for an umpteenth financial drip. These additional measures are absurd and unnecessary."

"Affected by a generalized schizophrenia […] ignoring human, social and economic realities, the supposed remedy imposed on the Greek patient appears to be fatal bleeding," they wrote.

Negotiations over the third bailout since 2010 have been hit by a series of delays. As a pre-requisite of the third bailout talks beginning, Greece was forced to pass legislation on tax and pension reform, as well as other issues. These included "streamlining the VAT system and broadening the tax base to increase revenue" and "up-front measures to improve long-term sustainability of the pension system as part of a comprehensive pension reform program."

EU-Greek Deal on Contingency Mechanism Possible
The lawmakers said: "Greece must be eligible for cancellation, restructuring and reprofiling of its debt (restructuring of maturities and repayment rates). There is a consensus today among leading economists regarding the unsustainability of the debt.

"We therefore call on European leaders to quickly conclude the review of the reforms and address the issue of debt to enable Greece to pursue qualitative reforms, enhance growth and sound economic development and rebuild its social structure and services."