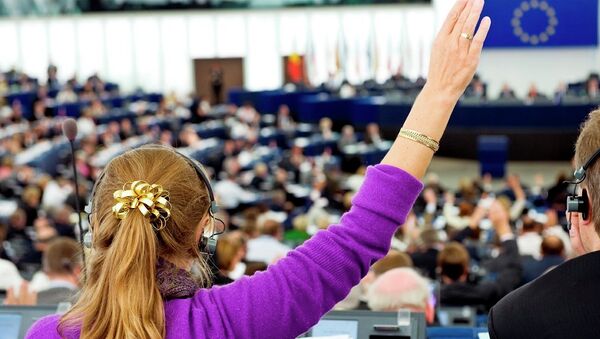 Lawmakers in the European Parliament's Green alliance are calling for a "Whistleblowers' Directive" to protect free speech and the exposure of corporate wrongdoings, as disclosed by ex-CIA contractor Edward Snowden, LuxLeaks and the Panama Papers.

Edward Snowden revealed the extent of mass surveillance by the US National Security Agency (NSA), together with the British spy agency GCHQ. His exposure caused outrage around the world after the sheer volume of mass data collection by the NSA and GCHQ was revealed.

Today is #WPFD2016 and we want more transparency, protection for #whistleblowers and promotion of independent media https://t.co/fuqCtPeS6G

The LuxLeaks scandal revealed how hundreds of companies, including Pepsi, IKEA, AIG, Coach, Deutsche Bank, Abbott Laboratories, had secured secret deals from Luxembourg that allowed many of them to slash their global tax bills. The Panama Papers scandal exposed how many rich and powerful people and companies were using a Panamanian law firm to set up offshore companies to reduce their tax bills.

In a statement, the Green alliance said:

"Recent scandals uncovered by whistleblowers include illegal mass surveillance, industrial scale tax avoidance or the sexual abuse of children by peacekeepers. The biggest leak in history to date, revealed in the Panama Papers, has once again highlighted just how important whistle-blowers are for allowing in-depth journalistic investigations.

"However, instead of promoting public interest disclosures, the EU will soon adopt a Trade Secrets Directive that actually threatens to undermine future disclosures of this kind by treating almost any secretive business information as a trade secret," the statement said.

The Trade Secrets Directive — which has been under discussion since 2013 — is intended to harmonize EU laws on industrial espionage, including the unlawful use of misappropriated trade secrets and the removal from the market of goods that have been manufactured on the basis of a trade secret that has been illegally acquired.

During the talks, civil rights group warned that the directive could be used to prevent journalists from uncovering unscrupulous practices in European companies — a staple diet of investigative reporting. It is also feared that it could lead to companies taking legal action against whistle blowers and journalists themselves.

The main issue lies in the definition of trade secrets. Critics say the proposed definition is extremely broad and could be used to sue anyone who "unlawfully acquires, uses or discloses" secret business information.