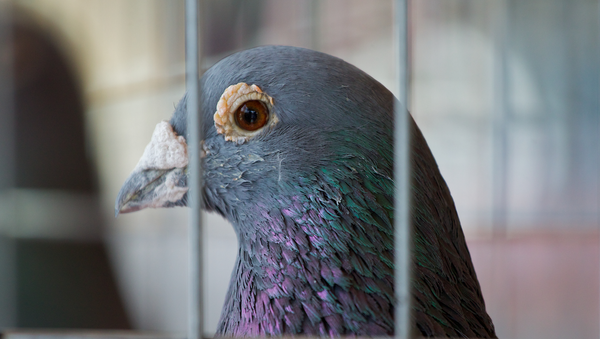 © Flickr / H. Michael Miley
Subscribe
Daesh is not only good at using social media to communicate; jihadists have also learned to use some of the more traditional ways of sharing information, like using homing pigeons.

The jihadists tied a letter with a phone number to the foot of the bird, which was flying to a Jordanian resident, Mahayreh said, according to Albawaba News.

Previously, the terrorists were trying to send a spy drone from Syria into Jordan that was also captured by the Jordanian border patrol, the source said.

Rare Bird: India Cages Pakistani Spy Pigeon
Daesh spies are said to be in the Al Raqban refugee camp near the Jordanian border. Some of the spies already tried to cross the border, but their attempts have largely been in vain, according to Albawaba News.

The Al Raqban refugee camp currently has close to 60,000 Syrian refugees. While the camp's population keeps rising, it has a lack of control, oversight and structure.

Interestingly, last year Daesh banned pigeon breeding, because the sight of the birds' genitals seen from the ground when they're flying is offensive to Islam.

As many as 15 people were arrested for breeding pigeons and at least three of them were executed for their hobby, Albawaba News reported.