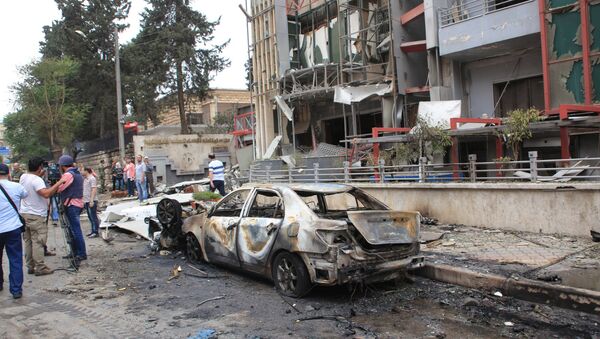 Washington hopes that Syrian political talks can build a momentum amid the renewed commitment to the ceasefire, according to White House Press Secretary Josh Earnest.

WASHINGTON (Sputnik) — The deterioration of the ceasefire in Syria has urged the US government to work through diplomatic channels on its refreshment, White House Press Secretary Josh Earnest said in a briefing on Tuesday.

The spokesman added the United States hopes that Syrian political talks can build a momentum amid the renewed commitment to the ceasefire.

Ceasefire in Syria Continues to Fray as Violence Escalates in Aleppo
The cessation of hostilities, negotiated with the help of the United States and Russia, has been in place in parts of Syria since late February. A new truce was hammered out last Friday for Damascus and the northern Latakia province.