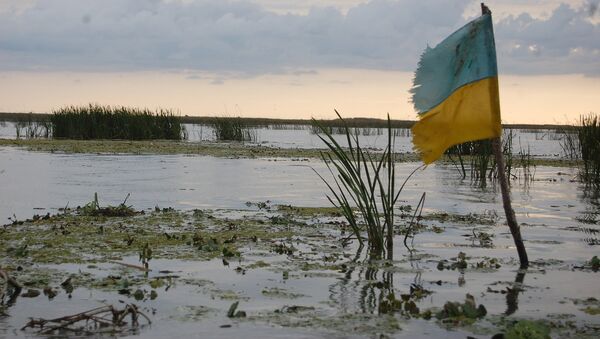 The resorts of the European Union are likely to remain closed to Ukrainians this coming summer as EU member states are increasingly refusing to issue them visas, resulting in price gouging in the local tourist economy.

Open Borders? EU Commission May Pave Path to Millions of Ukrainian Migrants
The EU’s Eastern Partnership initiative with Ukraine was supposed to ease the visa travel restrictions between the two.

Instead, Ukrainian citizens are facing refusals of their EU visa application due to their financial insolvency, according to Gazeta.ru website.

Schengen visa requirements for Ukrainians include the necessary confirmation of their own funds by a bank statement confirming their account balance.

The website says that there are many reported cases of applicants emptying their bank accounts right after the bank provides their statement, as well as fake documents being proffered to visa centers.

The effect is a substantial increase in the volume of EU entry visa refusals.

The website says that many Ukrainians will now be forced to stay in the country and enjoy the delights of the local resorts.

European Commission Proposes to Abolish Visas With Ukraine
Local companies however have already seized on the opportunity and have increased hotel prices by 20-30 per cent on average.

Meanwhile Turkey is struggling through the sharp decline in tourists due to the loss of Russia and other European countries due to the poor security and high risk of terrorist attacks.

Turkish hotels are now trying to lure Ukrainian travelers who used to take their vacations in Europe.

They hope the devaluation of the Ukrainian currency, hryvna, (by 20% per year) and the refusal of the European and Ukrainian hotels to lower the prices will pull Ukrainians to Turkey.

Greek and Spanish tour companies instead anticipate an inflow of Russian tourists due to the loss of popular summer destinations in Turkey and Egypt.