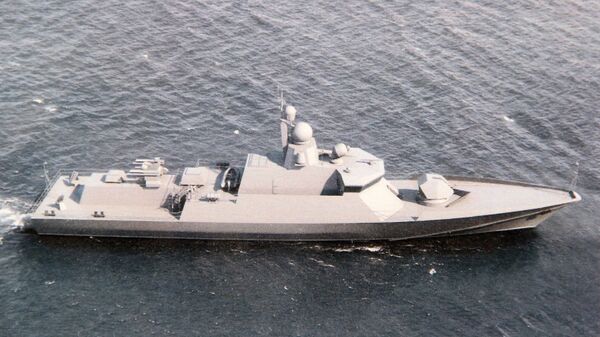 © Photo : Almaz Central Marine Design Bureau
Subscribe
International
India
Africa
A sophisticated corvette for the Russian Navy will soon be laid down at a Crimean shipyard, according to the Russian Defense Ministry.

Russia
Monster Military Hovercraft Assaults the Waves During Russian Navy Drills
A next-generation Project 22800 corvette for the Russian Navy will be laid down at a shipyard in the Crimean town of Feodosia this month, the Russian Defense Ministry said.

According to the ministry, the keel-laying ceremony is due to take place on May 10.

"A new generation project, the 22800 small missile ship, will be laid down at the More (Sea) shipyard in Feodosia on May 10. By decree of the Navy Commander in Chief, the ship has been given the name Shtorm. The keel-laying ceremony will be attended by Naval General Staff officials," the ministry said in a statement.

In January 2015, the Russian Navy said that the two Project 22800 corvettes will be laid down in 2016 alongside 13 other navy warships, boats and vessels. 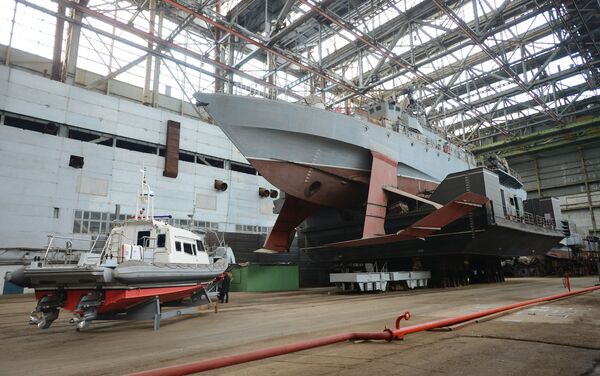 Russian Navy to Build New Aircraft Carrier After 2025 - Military Source
The requirements include "high maneuverability, increased seaworthiness and super-structure, and a body design made with reduced reflection technology. The ship can carry out tasks in maritime zones at a distance of up to 3,000 miles," he added.

The first two Project 22800 corvettes, dubbed the Uragan and the Taifun, were laid down at the Pella shipyard in St. Petersburg on December 24 and are expected to join the Navy in 2017-2018.

The warships will be equipped with high-precision missiles and advanced artillery systems. They will have a displacement of 800 metric tons and a maximum speed of over 30 knots.