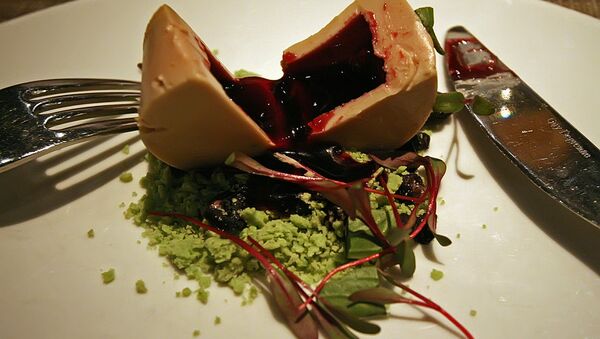 © Flickr / Ville Oksanen
Subscribe
A bird flu scare in the southwest of France has led the authorities to ban the production of foie gras until August 15.

"This interruption of business will cause difficulties with cash flow, increased wage costs linked to the short-term unemployment of about 4,000 employees, and fixed costs that will have to be paid without any income," she explained.

Christophe Barrailh, a duck farmer in the southwest, said that as well as short-term losses of about 130 million euros, the whole industry will also have to finance new biosecurity measures demanded by the French government to prevent further outbreaks of bird flu, estimated by Cifog to cost all French farms around 220 million euros. 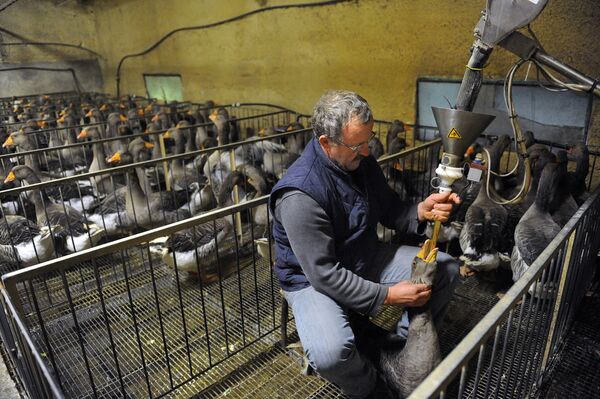 French Jean-Pierre Brazzalotto force-feeds a goose at his Grisettes farm, in Montesquiou, southwestern France (File)
© AFP 2022 / REMY GABALDA
Barrailh said that the extra costs will inevitably be passed on to French customers, who spend an average of 29 euros a year per head on foie gras, especially around Christmas.

"The price of foie gras on the French market will have to increase. There will be nine million less ducks on the national market in 2016, a quarter of the usual annual volume," he told the newspaper.

South Korea Confirms First Case of Bird Flu Since November
Though bird flu does not normally infect humans, nearly 650 cases of human cases of H5N1 have been reported from 15 countries since 2003. About 60 percent of people infected with the virus died from their illness.

Unlike other types of flu, H5N1 usually does not spread between people, and the primary risk factor for human infection appears to be direct or indirect exposure to infected poultry.