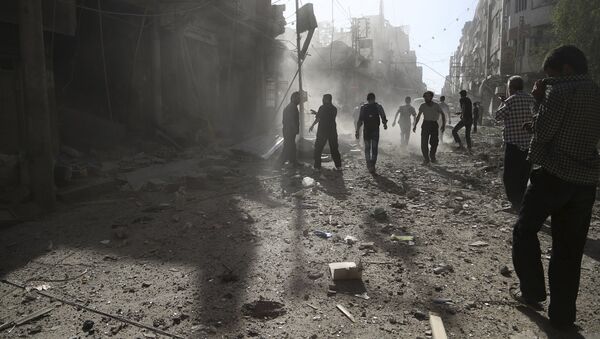 MOSCOW (Sputnik) — The Syrian military confirmed that the "regime of silence" in Eastern Ghouta, a suburb to the east of the Syrian capital Damascus, has been extended for another two days, a military source told Sputnik on Monday.

"It was agreed to extend the truce in the Eastern Ghouta area for 48 hours," the source said.

Earlier in the day, Lt. Gen. Sergei Kuralenko, the head of the Russian Syria reconciliation center, said the Russian and US sides had agreed with the Syrian government and moderate opposition to prolong the "regime of silence" in the Eastern Ghouta area for two more days until midnight May 4 local time (21:00 GMT May 3).