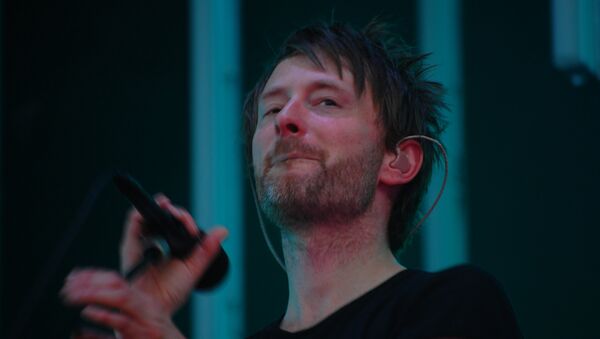 Following the announcement that Radiohead will be kicking off a world tour, and speculation that a ninth album is on the way, the band has wiped away their internet presence.

Wrong Tune: Karma Police is UK Spy Program, Not Radiohead Song
The iconic rock band has not released a new album since 2011’s ‘The King of Limbs’, and fans went into a frenzy when the band whited out their website, Facebook, and Twitter accounts with no explanation or statement.

In addition to changing their avi’s to blank white, they also deleted all tweets and posts. The band currently has 1.58 million followers on Twitter, and 11.8 million likes on Facebook.

Thom Yorke, the band’s frontman, has also deleted all of his posts from his personal accounts.

On Saturday, some UK fans of the band received postcards that somewhat creepily read, "Sing a song of sixpence that goes / Burn the Witch / We know where you live.”

“Burn the Witch” is supposedly the name of an unreleased Radiohead track. According to Pitchfork, the band has previewed chords from the song as far back as 2006 during live sets.

Earlier this year, the band created a new company called Dawnnchoruss Ltd., and fans have been quick to point out that they formed new companies before each of the last two albums as well.