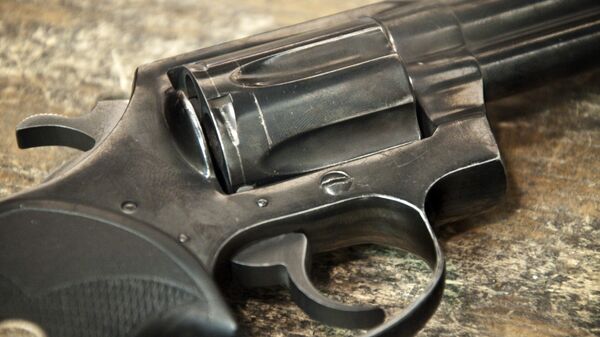 A Punjab teenager dies after a selfie involving a revolver went horribly wrong, as calls increase to put regulations in place to avoid such fatal accidents.

Public Health Crisis: Mumbai Creates Selfie-Free Zones After Recent Deaths
New Delhi (Sputnik) — A sixteen year old boy from Punjab in northern India died after he accidentally shot himself in the head while taking a selfie. Ramandeep Singh from Pathankot city of Punjab and his sister were posing with their father's revolver, when the boy accidentally pulled the trigger instead of the selfie button on his phone. He was rushed to a nearby hospital and later shifted to another specialty hospital, where he succumbed to his injuries.

Police are currently treating the matter as an accident. However, they plan to take action against the father for allowing his son access to weapon. Senior officer of Punjab police, Manoj Kumar told Sputnik:

"The revolver in question was a licensed weapon but we will take action against the father as he should have kept it in his custody. We are not taking immediate action as the family is currently in grief. But we will eventually take action."

Kumar further said that some kind of regulation is necessary to curb this fatal trend.

A lawmaker recently put up a question in Parliament, raising concern over people risking their lives for photographs of themselves. In his query, lawmaker Dr. K.P. Ramalingam asked whether it is a fact that India leads in the number of selfie deaths all over the world and whether the Government was planning to bring about regulations to check this dangerous trend.

In reply the government said that there is no central database of selfie deaths and no proposal under consideration to come out with any specific guidelines to prevent such deaths in the country.

Nonetheless, the city of Mumbai has declared 16 dangerous sites — particularly along the coastline in spots with no railings or barriers as "selfie-free" zones where you can be fined for snapping yourself with your phone. The Railway Police has also directed its officials to book selfie-takers under sections related to attempt to commit suicide or create nuisance which could invite a jail term of up to a year.

Mumbai authorities took this step after a group of girls drowned in the sea while posing for a selfie in January this year. While Railway Police issued the directions after three youths were killed during an attempt to take a selfie in front of a moving train. Another died while attempting to take a selfie near the exit of a speeding train.

Several other incidents of "selfie-deaths" were reported across India in the last couple of years. According to various reports, at least 49 selfie related deaths have occurred around the world in the last two years, with 19 of those in India. The cause of such "selfie-deaths" has ranged from being trampled by an elephant, falling from cliffs and drowning in the ocean apart from being run over by moving trains.