BBC Got It Wrong: Russia Not 'Most Mentally Closed Off Country on Earth' 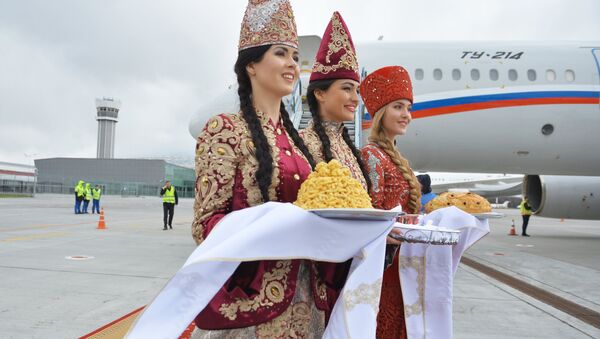 Independent Russian journalist and blogger Andrei Bortsov explains why the BBC's recent attempt to paint Russia as 'the most mentally closed off country in the world' really isn't true, or relevant.

In a recent article for the BBC's Russian-language service, the broadcaster suggested that Russians are "the most mentally closed off country in the world," citing "a survey conducted in countries across different continents for BBC World Service."

The 21-country survey, carried out by the London-based public opinion research consultancy Globescan between December 2015 and April 2016, appeared to showed that when it comes to "openness to the world," Russia lags far behind other countries, scoring the lowest on the survey's 'Are you a global citizen?' question, even as over 50% of residents of other emerging economies saw themselves "first and foremost as global citizens rather than national citizens."

Come to Russia, Where the Girls are Beautiful and the Land is Free
In Russia, only 24% of respondents agreed with the notion that they felt 'more like global citizens than citizend of their respective country.'

Responding to the findings, Andrei Bortsov, a Russian blogger and columnist for the Russian internet news and analysis project PolitRussia, suggests there were several basic flaws with the results.

"I have repeatedly pointing out tortuousness of the wording of such polls: what exactly is a 'citizen of the world'? The concept is very uncertain, and among the [Russian] intelligentsia (not to be confused with intellectuals!) means something along the lines of 'patriotism is for the riffraff, while I would like to flit around the world without any commitments or obligations."

Russians, for their part, "entered the troika of patriots on this question," Bortsov said. "For 70 percent of Russians, their Russian citizenship was the main criterion for their self-identification. Here, however, the pollsters asked the question incorrectly, mixing race with culture and simultaneously not offering the option 'nationality' as a response." Nevertheless, "since the final result we're talking about is Russia's 'mentally closed' nature, that's not so important." 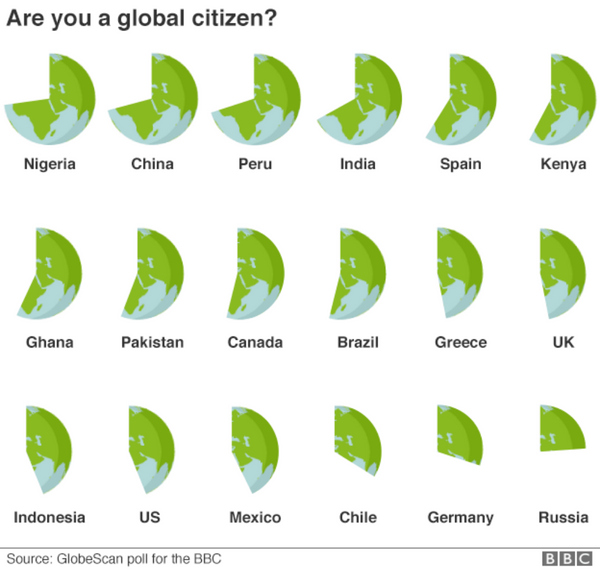 According to the journalist, the poll's findings are significant in that the 'globally minded' ratings among the wealthy countries in the OECD are significantly lower than their counterparts in the developing world, particularly compared to China, India and Nigeria.

"And there is nothing surprising here. These countries are experiencing the effect of novelty." Taking the Russian historical example, Bortsov recalled that if in the 1990s, Russians were initially fascinated by everything Western, including the idea of Western-style liberal democracy, eventually, having had 'their fill' of such democracy during the Yeltsin era, they reverted to more conservative views on the idea.

The next section, focusing on 'views on intermarriage between different races and ethnic groups', has similar flaws, according to the journalist. "Here too it turns out that in Russia, views on such marriages are the worst of the bunch," with 42% of respondents saying they were somewhat opposed or strongly opposed to intermarriage, while the world average hovers at 75% among the 21 countries. 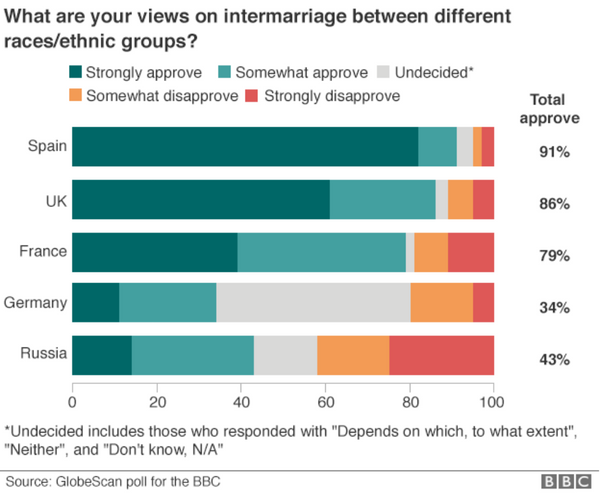 Skeptics Waiting for Russia's Collapse Will End Up Waiting Forever
Here, Bortsov suggests, it's important, for one thing, to take account of the fact that most Russians don't even consider marriages with other East Slavs to be 'interethnic'. Furthermore, with over 185 ethnic groups in Russia, it's not even clear how many of those that 'strongly disapprove' are the products of interracial mixing themselves. In any case, the journalist noted, Russia prides itself on its ethnic diversity, and while respect for diversity is one thing, assimilation and fusion into one amorphous mass is something Russians hope to avoid.

The third question, 'What are your views on accepting Syrian refugees?', again finds Russians lagging, this time behind other European countries, with only 18% of Russians saying they support the idea of accepting refugees. "The world average, by comparison, approves such migration by 63% of those polled. However, a correlation is not shown in the survey results across countries when taking account whether refugees had already arrived in the country [or not]." 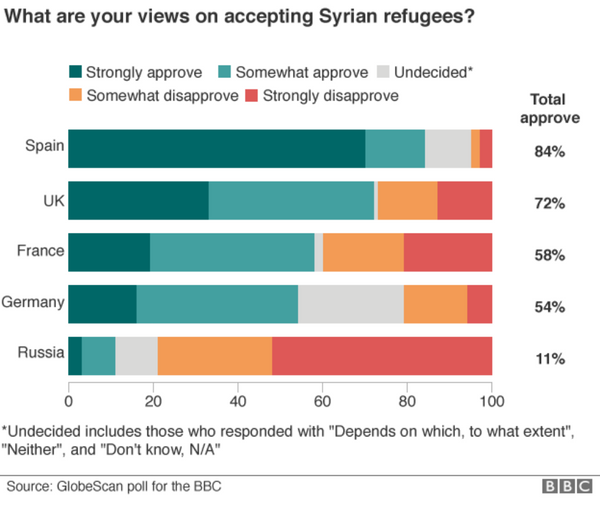 Russians' attitudes, Bortsov suggests, are based on their opposition to becoming a host nation for newcomers who are "unwilling to fight for their country," who seek social benefits and who are unwilling to accept local social and cultural norms.

Altogether, the observer jests, "it's just a nightmare how 'mentally closed off' we are – a nightmare for the globalists and the liberals. Our borders are also well protected militarily, also to the sorrow of these same people. As I have repeatedly pointed out, Russia is a separate civilizational project, one which cannot be reduced to either the East or the West, and this is not to the liking of globalists operating through the West."

The Land of the Longest Railway: 10 Cool Facts About Russia
Finally, Bortsov notes, "the BBC poll also points to another important aspect: the country closest to Russia among those surveyed [on these issues] was Germany. Only 30% of Germans considered themselves 'citizens of the world', Germans approve of interracial marriages even less than Russians, although the number against such marriages is also lower (very likely they were afraid to express their real opinions). Yes, 54% also approve of taking refugees from Syria, but here it is also necessary to understand Germans' mentality, which amounts to 'the chancellor ordered it, and orders must be carried out'."

Ultimately, the blogger argues, "this closeness is very interesting as far as the future is concerned," because "an alliance between Russia and Germany is the nightmare of the globalists."

Today, "the EU is bursting at the seams, and Germans, who are its workhorse, have long tired of Chancellor Merkel's politics, and her subordination to the State Department. They are more and more imbued with the idea of their national interest, and if Germany is able to gain real sovereignty, it will become the center of Europe's reassembly, this time with national interests in mind. This, naturally, will cause resistance among the globalists, and Germany will require allies…"