Some 741 Iraqis Killed in Acts of Terrorism, Violence in April - UNAMI 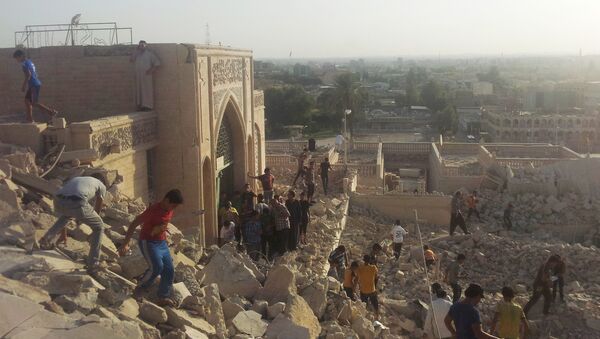 © AP Photo
Subscribe
A total of 741 Iraqis have been killed in April in the country in acts of terrorism and violence, the United Nations Assistance Mission for Iraq (UNAMI) said in a statement Sunday.

MOSCOW (Sputnik) — The overall casualty figures are lower than in March, when a total of 1,119 were killed and 1,561 were injured, the statement added.

The Daesh terrorist group controls large areas of Iraq, in which it claims to have established an Islamic caliphate. The group is notorious for its brutality and human rights violations, including summary executions of captured opponents and journalists, as well as the execution-style slayings of Christians and other religions minorities. The group is outlawed in Russia, the United States and many other countries.