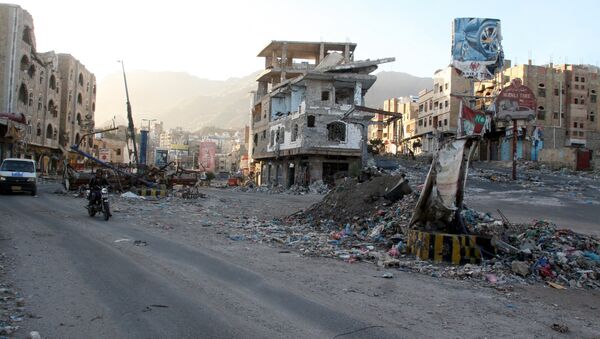 UN Special Envoy for Yemen is holding a meeting with parties to conflict on Saturday despite in terms of ceasefire violations, local media reported.

MOSCOW (Sputnik) — UN Special Envoy for Yemen Ismail Ould Cheikh Ahmed kicked off a meeting with parties to the Yemeni conflict on Saturday despite fears of peace talks being suspended due to repeated ceasefire violations, local media reported.

On Friday, the Yemeni government’s delegation threatened to exit the ongoing peace talks in Kuwait, blaming Houthi rebels for violating the truce regime. In its turn, the rebels accused Sanaa and a Saudi-led coalition of neglecting the ceasefire.

​According to the Sky News Arabia broadcaster, the general meeting of delegations representing the Yemeni government and Houthi rebels started on Saturday as planned.

A plenary session is happening now. All participants remain committed to a peaceful comprehensive solution. pic.twitter.com/pJoqWsmwHm

​The new round of UN-backed talks on Yemen’s reconciliation began on April 21 in Kuwait.

Yemen has been engulfed in a military conflict between the government headed by President Abd Rabbuh Mansur Hadi and Houthi rebels, the country’s main opposition force, which have been supported by army units loyal to former Yemeni President Ali Abdullah Saleh.