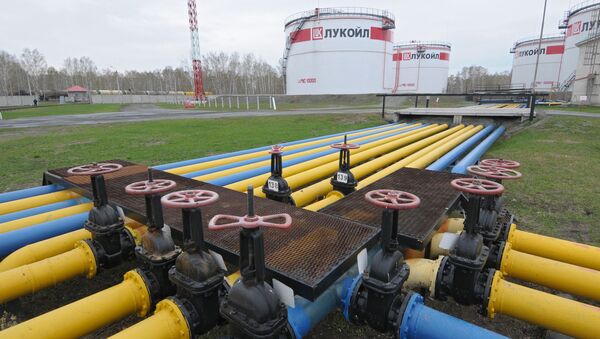 China and OPEC would be supportive if Russia chose to price its Urals crude in rubles rather than dollars, Michael Pento, President and Founder of Pento Portfolio Strategies, told Sputnik, adding that they are eager to see an end to the dollar's global reserve currency status.

Russia Continues Bilateral Interaction With Major Oil Producers
In an interview with Sputnik, Michael Pento, President and Founder of Pento Portfolio Strategies and the author of the book "The Coming Bond Market Collapse" claimed that Beijing and the Organization of the Petroleum Exporting Countries (OPEC) are receptive to the idea of oil being priced in rubles, rather than dollars.

The interview came after Bloomberg reported that Russia could set up its own mechanism for pricing its Urals crude as opposed to relying on the global Brent oil benchmark.

The aim of using Russia's currency for pricing crude is to increase oil revenues and get away from quoting petroleum in US dollars.

"The bottom line is that China, Russia and OPEC would like to see oil priced in some currency other than the US dollar. They want to see the US dollar no longer being the world reserve currency, and I believe that eventually and unfortunately for the US it is going to be the reality," Pento said.

According to him, OPEC would react positively if oil were to be priced in Russian rubles.

"As I have already said, they would love to see the oil being priced in any other currency rather than the US dollar. It may be the currency of Russia, Venezuela, Iran or any other country. They want to be able to sell oil locally in domestic currency,"  Pento pointed out.

'Time Is Running Out for OPEC': Oil Giants at a Crossroads After Doha Flop
Meanwhile, Alexei Rybnikov, president of the St. Petersburg International Mercantile Exchange, said that having its own futures market would improve Russian oil price discovery as well as help domestic companies generate extra revenue from trading.

He said that Russia's largest oil companies, including Rosneft, Lukoil, and Gazprom Neft support the plan and may become market makers. The Bank of Russia will also reportedly take part in the project.

The financial industry regulator is preparing legislative amendments to grant non-Russian firms access to exchange-traded commodities and their derivatives to attract traders.