From Self-Immolation to Abortion Restrictions: Is Australia a Migrant Hell? 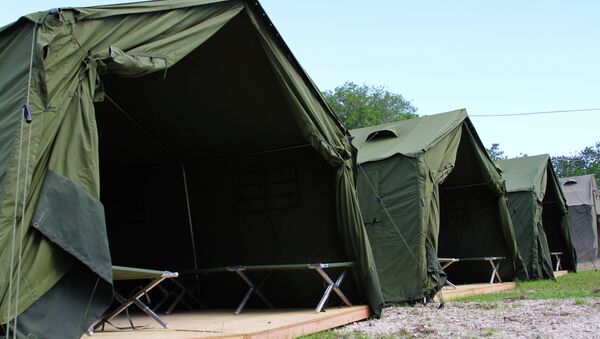 A woman raped in Australia's offshore detention camp in Nauru has been refused to travel to Australia for an abortion, while an Iranian refugee has died two days after setting himself alight in protest at his treatment at the facility.

While the number of asylum seekers flowing into Australia remains tiny compared to that of Europe, migration is a constant political issue in the land down under. When refugees reach Australian shores, they are usually deported back to the state of origin or are detained in offshore facilities located on a distant island country of Nauru or Manus Island, a part of Papua New Guinea. However, these facilities turn out to be far from homey stay.

The Nauru camp has come into the focus of international attention this week, after two major incidents occurred. This Tuesday, while the representatives of the United Nations High Commissioner for Refugees Office were visiting the facility, an Iranian immigrant named Omid deliberately set himself alight. He received critical burns over 50% of his body, and eventually died yesterday, April 29th. According to his roommates, he did this in protest at his treatment in the facility.

Omid was not transported to a hospital in Australia, with officials saying his "severe condition" did not allow any transportation. His wife criticized the Australian government for being unable to provide sufficient medical attention for her husband.

The second major incident involved an African woman, who is known only as "S99", who suffers from epilepsy. The woman was reportedly raped after she fell unconscious during a seizure. However, since she remains on the land of Nauru, she is prohibited from having an abortion. She is also prohibited from traveling to Australia to undergo the procedure.

The Manus detention camp is going to be closed, as a result of Papua New Guinea Supreme Court ruling that the camp is illegal. The detainees' lawyers united to seek a sum of "billions" of dollars of compensation, as well as requiring Australian officials to have the refugees transferred not to mainland Australia rather than another offshore facility.

However, Australian Immigration Minister Peter Dutton reiterated on Friday there would be no policy change. Dutton suggested one option was to transfer those held on PNG to the Nauru facility.