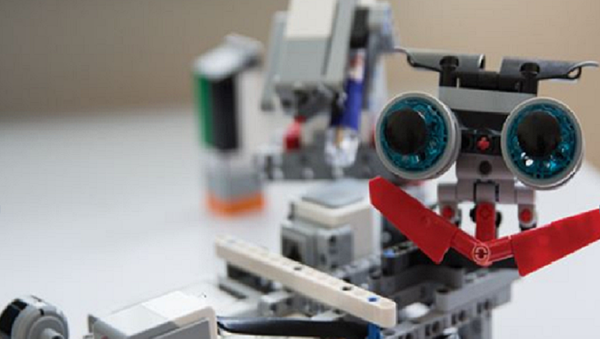 A robotic snowmobile, a sniper trainer kit and a host of other innovative widgets have been submitted by technologically savvy schoolchildren from across Russia for professional scrutiny as part of a nationwide competition organized by the Defense Ministry, RIA Novosti wrote.

Looking through the unit the sniper sees a laser dot to keep an eye focused on. Following on-screen instructions, he then starts straining and relaxing his eye muscles. Every 15 minutes he is instructed to stop and take a rest.

The winners received their well-deserved awards during a ceremony in St. Petersburg.

Russia has never been short of inventive young minds. Like, for example, Astrakhan schoolchildren Danila Reshetnikov and Dmitry Ulevsky who invented a robot that can be controlled by the power of thought.

It has been experimentally proven that the device recognizes mental commands and converts them into data signals.

It consists of a mobile wheeled platform that can be remotely controlled and a controller that receives the signals generated by the brain of the operator.

This creation has multiple uses, but is especially beneficial for people with disabilities.

In military terms this device can help enhance combat effectiveness. For example, the operator cab control several systems at the same time, such as driving a military vehicle and shooting from different types of weapons simultaneously.