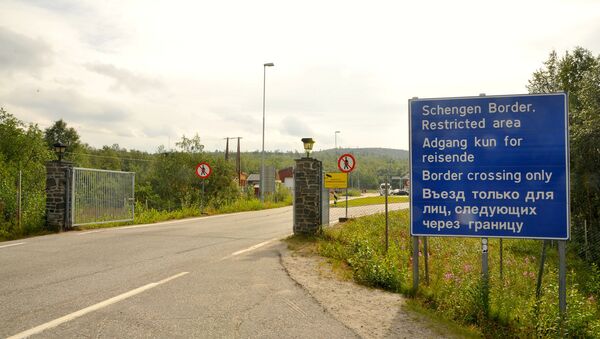 Norwegian authorities have decided to erect a gated fence at the only checkpoint on the border with Russia in a bid to prevent a new wave of migrants crossing in, NRK television network reported.

Norway Extends Temporary Schengen Border Control Until April 13
Last year saw a dramatic jump in the number of asylum seekers from the Middle East and Africa crossing into Norway via the Storskog — Borisoglebsk border checkpoint with an estimated 5,500 making their way in.

This forced the Norwegians to toughen their immigration laws, and this notably reduced the migrant flows, but authorities fear a repetition of last year’s influx of migrants seeking asylum in Europe.

“If the flow of migrants starts getting out of control the fence will not help,” NRK quoted the local police chief as saying.

The Norwegian authorities have assured the Russian side the fence will not hamper the work of the checkpoint’s staff.

Meanwhile, Estonian Interior Minister Hanno Pevkur said his country would make its border with Russia the most sophisticated in Europe and would set up a highly efficient rapid deployment force to guard it.

The Estonian government has approved the building of a 2.5-meter fence on its border with Russia as the latest measure aimed at fortifying Estonia’s part of EU outer borders, local media reported.