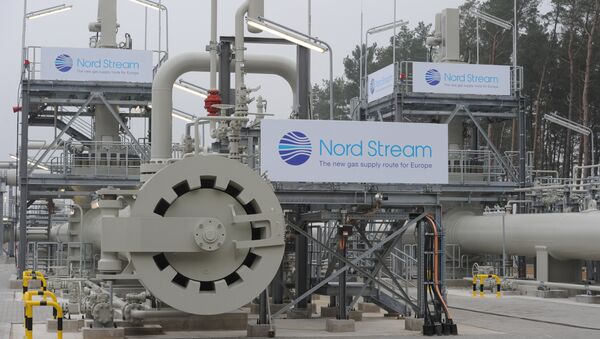 Work on the Nord Stream 2 gas project between Russia and Germany is going on in accordance and in full compliance with EU legislation, a manager of the Russian energy giant Gazprom said on Thursday.

MOSCOW (Sputnik) — The Nord Stream 2 is the gas pipeline joint venture, which is expected to provide an additional route for the Russian gas to Germany through the Baltic Sea, bypassing the three Baltic countries and Poland. Gazprom started the project with a consortium of five largest European energy companies, including Shell and E.ON.

"All the work under the project is being carried out in accordance with regulatory standards and EU legislation, which, we think will eliminate the problems that emerged during the implementation of the Nord Stream project," the manager said during a phone conference.

Nord Stream-2 Purely Commercial Project – Russian EU Envoy
The Nord Stream-2 project plans to use the original Nord Stream pipeline for 86 percent of the route before branching off. It will be able to provide up to 55 billion cubic meters of Russian gas supplies to Europe.