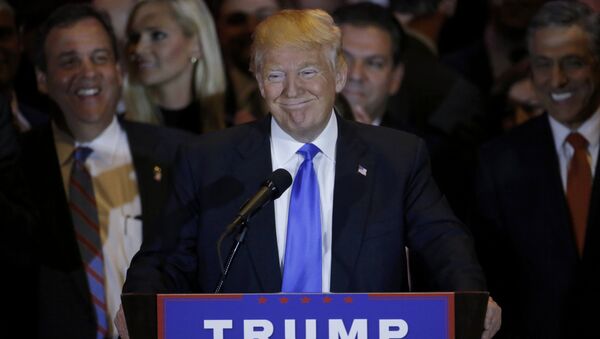 US Republican frontrunner Donald Trump said that he expects excellent relations with Russia and with Russian President Vladimir Putin if he wins the White House.

WASHINGTON (Sputnik) – On Tuesday, US voters went to the polls in presidential primaries in five states located in the northeastern part of the country: Pennsylvania, Delaware, Connecticut, Maryland and Rhode Island.

"We are going to have a great relationship with Putin and Russia," Trump told a victory rally at Trump Tower in New York City on Tuesday after winning the primaries in all the five states.

Trump added that the relations between Washington and Beijing would also be improved, despite his continued calls to set up protectionist barriers to limit Chinese industrial exports to the United States.

"We will have a real partnership with China… China can be dealt with and you can get along with them," he said.