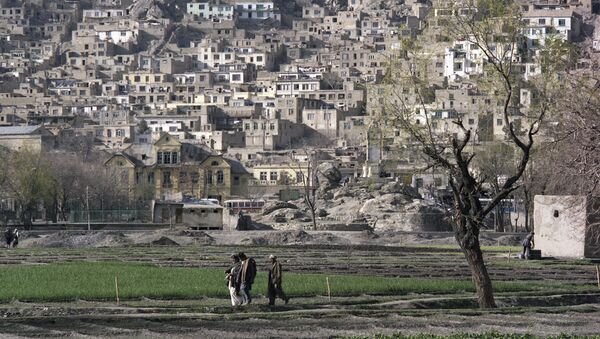 A stronger Russia is a guarantor for a strong and secure Afghanistan and the Middle East, former Afghan President Hamid Karzai said Wednesday.

Strategic Allies: Russia to Supply Afghanistan With Million Tons of Oil
MOSCOW (Sputnik) – He also called for a new regional security arrangement that would see more cooperation between Russia, Afghanistan, China, India, the United States and its allies.

"Russia and Afghanistan must engage more closely with one another economically, politically and strategically," he added.

"A stronger and more affirmative Russia is a guarantor of stability and safety in Afghanistan," Karzai said at the 5th Moscow conference on international security.

Strengthening of Russian positions in Central Asia will contribute to the stability in the region and Afghanistan, Karzai said.

"When Russia was strong, Afghanistan was stable. That’s why today – that’s my very clear opinion – that stronger Russia, resurgent Russia in our region engaged with Afghanistan politically and economically, training Afghan forces, giving us the knowledge they have will bring stability back to Afghanistan and vice versa to Russia. So that should we do today and that I’m working on," Karzai told the RT broadcaster.

Karzai: West 'Should Listen to Putin' if it is Sincere in Anti-Terror Fight
He added that Moscow's weakening that had taken place following the collapse of the Soviet Union had also weakened Kabul, adding that the Soviet Union had significantly contributed to the Afghan stability.

Afghanistan is in a state of political and social turmoil, with the long-standing Taliban insurgency continuing in the country, while other extremist groups have expanded their activities there also.