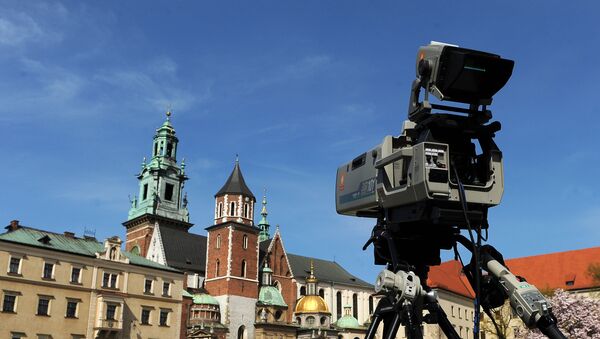 International press freedom declined last year to its lowest point in 12 years, with only 13 percent of the world population enjoying free media, Freedom House, a non-governmental human rights organization, said in its annual report on Wednesday.

MOSCOW (Sputnik) — Only forty one percent of people in the world have partially free press, but in total nearly 90 percent of the world are subjected to either controlled media, the organization said.

"Global press freedom declined to its lowest point in 12 years in 2015, as political, criminal, and terrorist forces sought to co-opt or silence the media in their broader struggle for power. The share of the world’s population that enjoys a Free press stood at just 13 percent," Freedom House said in a press release.

Crackdown on Press Freedom: 'Erdogan Forcing Germany to Kneel Down'
According to the NGO, the phenomenon is linked to "heightened partisanship and polarization in a country’s media environment, and the degree of extralegal intimidation and physical violence faced by journalists."

Freedom House has been conducting the survey on international press freedom since 1980, using analytic criteria based on the right to freedom of expression under the United Nations’ Declaration of Human Rights.

Last year, the organization reported the sharpest decline in international press freedom in more than a decade.