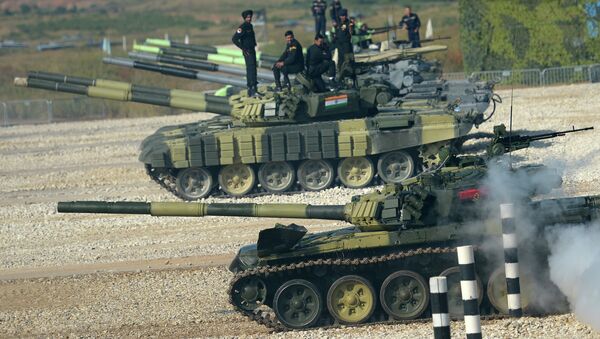 MEXICO CITY (Sputnik) — The Moscow-based Center for Analysis of World Arms Trade said Monday that Russia was preparing to ship some 20 modernized T-72B1 tanks to Nicaragua under their last year’s deal for 50 tanks.

"It is a matter of concern not because of a threat to Costa Rica…but because one country in the Central American region starts an arms race," Gonzalez said, as quoted by La Prensa newspaper.

The foreign minister said the region needed more investment in healthcare, technology and infrastructure, rather than in military hardware.

The T-72 was developed in the former Soviet Union and is still widely used around the world.