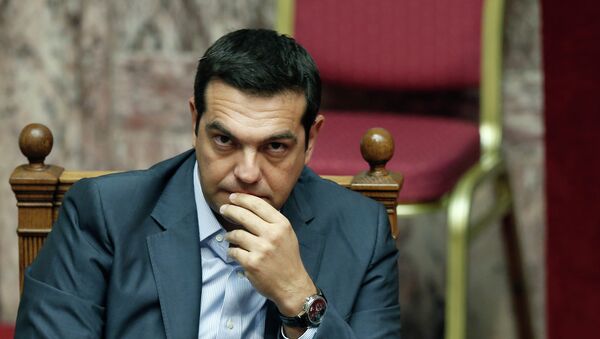 "We have to avoid a situation of renewed uncertainty for Greece. We need a date for a Eurogroup meeting in the not distant future. In days, not weeks."

After six years of recession, we are laying the foundations for recovery. Read my article at the Financial Times https://t.co/lxLqQgGyFv

Sources told the ANA-MPA press agency that "huge discrepancies" between the institutions and Greece on debt is another reason why the Eurogroup will not take place on April 28 as planned.

Negotiations over the third bailout since 2010 have been hit by a series of delays. As a pre-requisite of the third bailout talks beginning, Greece was forced to pass legislation on tax and pension reform, as well as other issues.

The latest stumbling block is over contingent measures to go with austerity measures worth 3 percent of GDP. Greece's creditors are demanding Athens guarantees an extra US$4 billion in savings that could be needed in the future will be implemented if deemed necessary.

World
IMF Chief Says No Need in 'Haircut' of Greek Debt
The demands include passing a law immediately scrapping Greece's generous early retirement age and raising the statutory retirement age to 67 years or 62 years with 40 years of work, from 2022 and amendments to legislation in order to collect this year's payments of the hated ENFIA property tax.

The Troika is also said to be calling for a further restructuring of the Athens transport organization OASA, the stepping up of privatizations, with binding bids for the sale of at least 51 percent of Piraeus and Thessaloniki ports announced. The sale of regional airports to the winning bidder Fraport must also be finalized.