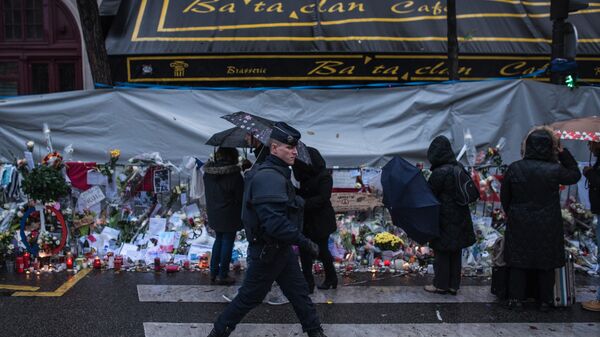 Europe needs to overcome difficulties in relations with Moscow in the face of such serious global threats as terrorism both in Eurasia and the Middle East, August Hanning, ex-head of the German Federal Intelligence Service (BND), said Wednesday.

MOSCOW (Sputnik) – Deadly attacks in Europe staged by Islamists prompted EU authorities to step up security measures, enhance the exchange of information and seek international cooperation to tackle the threat of terrorism over the past year.

"We are neighbors: Russia and Germany are neighbors and looking from the historical perspective, we had different times but today we have to do utmost to achieve peace in our neighborhood. By looking at the current situation, I think that we were not very successful in our Ostpolitik in Germany, Europe and Russia was not successful in its policy toward the West. We can argue about the reasons but these days we are facing very serious terrorist threats on the south of the continent and in the Middle East and we can only meet these challenges together with Russia," Hanning stated at the fifth Moscow Conference on International Security.

The two-day Moscow Conference on International Security kicked off in the Russian capital earlier on Wednesday with the focus on the anti-terrorism fight. The event brings together over 500 participants, including military officials and experts.