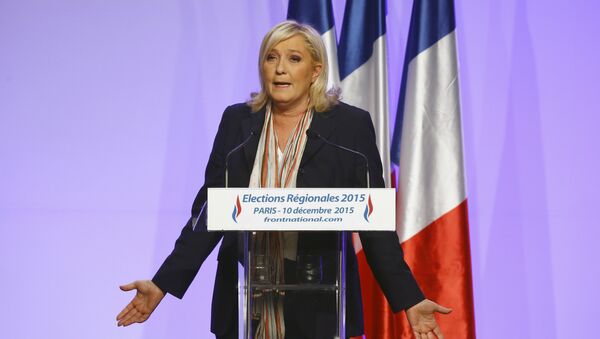 "This transatlantic agreement is an atomic bomb for our country's economy. The president of the republic must announce his refusal [to take part]," Le Pen said in an interview with the France 2 public broadcaster.

The 13th round of EU-US talks on the TTIP deal started in the United States earlier on Monday, following US President Barack Obama's trip to Europe. On Sunday, Obama visited Germany and met Chancellor Angela Merkel, where he urged Europe to move forward with the free trade accord and draft the full text of the agreement before the end of the year.

The TTIP deal has drawn criticism from the public for the lack of transparency in its negotiations and the power it would give to international corporations. It has also been slammed for bypassing the framework of the World Trade Organization and excluding BRICS countries. Leaked details of the deal show that it might undermine environmental, health, safety and labor standards.

A European-wide petition against TTIP has already been signed by three million people. Some 1,400 European municipalities have declared their opposition to the deal, mainly in Germany, France, Austria and the United Kingdom.