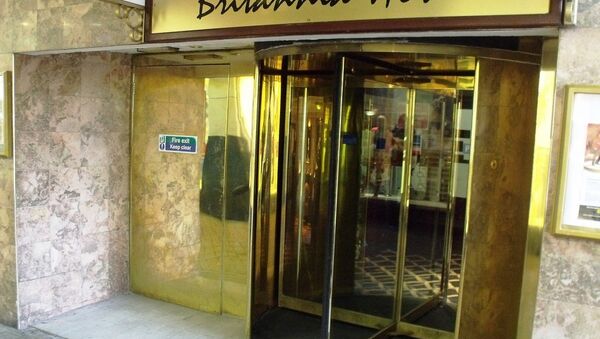 © Flickr / Elliott Brown
Subscribe
A British hotel brand has seen its profits soar after winning private contracts with immigration and security companies to accommodate asylum seekers. The UK received 38,878 new applications for asylum in 2015, the same year Britannia Hotels made US$20 million.

Owner Alex Langsam has amassed an estimated fortune of US$318 million, earning him a place on the 2016 Sunday Times Rich List. However a recent investigation by London tabloid the Sun on Sunday found that at least 17 Britannia Hotels housed asylum seekers in the same year the firm's profits soared.

A statement on Wigan council's website explaining why asylum seekers were staying at the town's Britannia Hotel said:

"Serco has used hotels to temporarily house asylum seekers in the North West and Scotland. The last six months or so have seen exceptionally high numbers of people entering the UK to claim asylum resulting in the use of hotels to be used for accommodation on a temporary basis.

"Wigan council is concerned at the use of hotels to house asylum seekers and has raised those concerns previously with Serco and the Home Office.

A recent review written on website Trip Advisor by a guest said to, "avoid" staying at the hotel in Wigan citing that:

"The problem is the refugees that are being held in the hotel, all men too? They wander [around] the Hotel waiting to be called by the officials in the reception area."

The Home Office has a US$253,23 million (£175m) budget to house asylum seekers in the UK but outsources the responsibility to private companies who profit from the public money.

Asylum seekers are not allowed to work in the UK but housing support is provided. They have to survive on US$7.65 a day for food, toiletries and clothes.