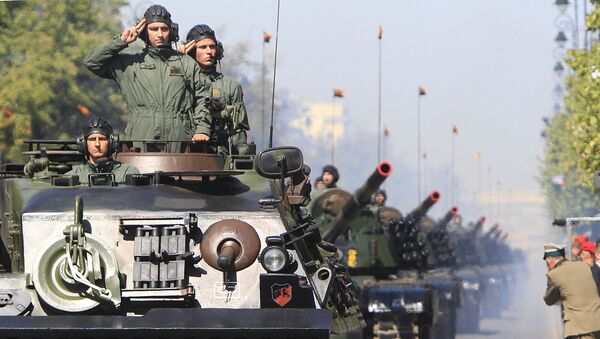 "And all of you in this room can be absolutely sure that today Poland is ruled by people for whom building a strong state and the security of the state, and therefore a State which has a strong and efficient army, is an absolute priority," Duda said during a briefing with the country's Defense Ministry and Armed Forces staff, as quoted by the Polskie Radio public broadcaster.

Earlier on Monday, Poland's Defense Minister Antoni Macierewicz signed a decree stipulating the creation of a new "territorial force" army unit. Earlier in April, Macierewicz said that there are plans to increase Poland's army by up to 50 percent over the coming years, with at least three territorial defense brigades to be deployed at the country's eastern border.

"We all know what actions are taken today the Russian authorities, we all know that Russia is back to imperial policies that consequently lead to the violation of interests and security of other countries," Duda said.

Aggressive Russia, You Say? Poland Set to Double Size of Armed Forces
Events such as the 2008 war in Georgia and the ongoing Ukrainian conflict, as well as recent incidents with Russian flybys of NATO vessels and aircraft, indicate the need for an effective and strong military, the president added, affirming Poland's commitment to the NATO bloc.

Poland is preparing to host a NATO summit in Warsaw in July 2016. Earlier in April, Duda said Poland would urge partners to step up NATO military exercises in Central and Eastern Europe.