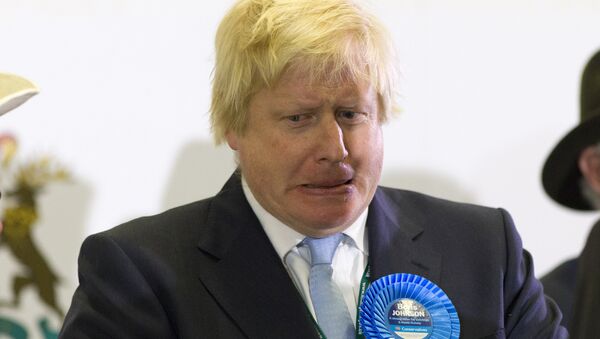 A student society from one of Britain's top universities has 'no-platformed' London Mayor and MP Boris Johnson from speaking at an EU debate, following his recent remarks about US President Barack Obama, describing him as "part-Kenyan" with an "ancestral dislike of the British Empire".

In an article for London tabloid newspaper the Sun, Johnson suggested that Obama intentionally removed a bust of Winston Churchill from the Oval office because of its link to British colonial rule over Kenya until 1963.

During a visit to London, Barack Obama made a speech encouraging Britain to remain a member of the European Union.

Boris Johnson, a leading pro-Brexit campaigner took umbrage to Obama's pro-EU rhetoric and responded with an article many believe to be a deeply offensive smear.

Boris Johnson has embarrassed himself, our capital city and our country. Moron. #StrongerIn https://t.co/zyzmW9zyrr

"Given you inappropriate comments and inferences towards President Obama's Kenyan heritage, of which he is rightly proud, and your general tone of disrespect over the past few days in relation to the President of the United States of America, we are now formally withdrawing your invitation at Kings College London."

The email from King's Think Tank continues: "The level of discourse over the past few days does not meet the bar we set for these events nor do we feel does it help the British people in making the most momentous decision of our lifetime.

"Furthermore we believe it does not reflect the true greatness of the United Kingdom, a land of tolerance, respect and fair play towards all." It was signed by the Director of the EU Referendum events at KCL and the president and vice president of the KCL think tank.

When are Tory 'leaders' going to find the balls to take Boris Johnson apart and tell the truth — that he is unfit for high office?

After Boris and Farage's attacks, Obama must feel like the Republican Party has followed him here.

Boris Johnson hadn't yet accepted the invitation to speak at the think tank's EU Referendum Debate before it was withdrawn — or no-platformed.

'No Platform' is a National Union of Students (NUS) policy that traditionally applies to not allowing people or organizations considered racist or fascist, a platform to speak from at a NUS organized event or debate. Critics of the student policy say it amounts to censorship.