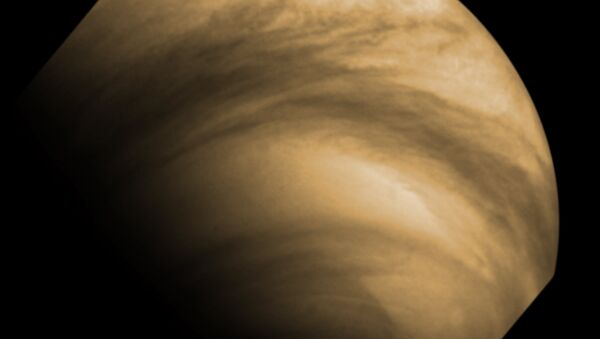 © Photo : ESA/MPS/DLR/IDA
Subscribe
Russian astronomer Vladimir Krasnopolsky has demonstrated that the dark patterns on Venus that were first observed in the 1920s in ultraviolet light are not a result of sulfur-rich particles in the planet's atmosphere, as previously thought.

Scientists Unearth 11th Century Persian Scholar's Supernova Surveillance
The cloud cover of Venus appears to be featureless except when viewed in ultraviolet light, which reveals structure and patterns to the clouds, including global-scale V-shaped bands that open toward the west. 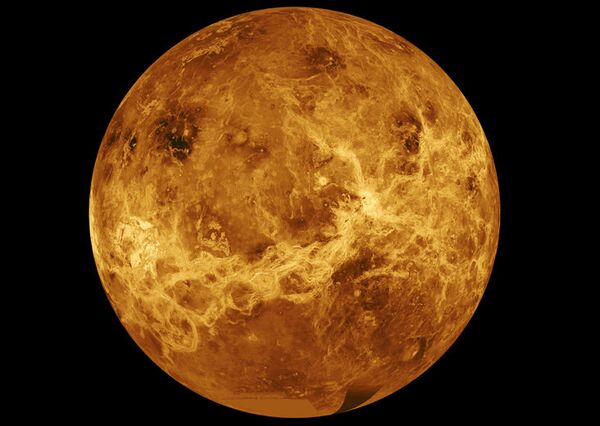 Astronomers Unearth 100-Year-Old Evidence of First Exoplanet Ever Recorded
Venera 14 was a Soviet space probe which landed on Venus in 1982, taking measurements from orbit and images of the planet's surface.