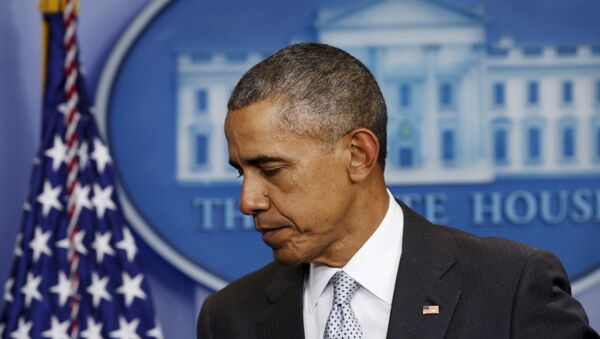 As the Russia-backed Syrian government pushes on against Daesh forces in a joint effort with the so-called “moderate opposition”, the US administration is debating about Russia’s true intentions and how America should react.

Syrian Government, Rebels Sign Truce in Quneitra Province
Some officials in Washington genuinely believe Russia has armored ground forces in Syria, claiming Russia moved its own artillery towards Aleppo — unproven information based on anonymous sources in Pentagon, published by Wall Street Journal. These persons believe that if the US fails to react with force, this will be viewed by Moscow as a sign of American timidity, which will further encourage Russia to perform risky and aggressive actions.

These people also believe Washington's inaction will further damage US relations with Gulf states and Turkey (despite Turkey recently hopped on the train of drubbing Daesh in Northern Syria).

On the other hand, National Security Advisor Susan Rice, together with other some other officials, have vetoed any significant escalation of US involvement in Syria. This position is backed by President Barack Obama who continuously refused to be "drawn into a ‘proxy war' with Moscow."

Other names were spoken, too. According to disappointed anonymous war hawks from Washington, "either Russia has pulled the wool over Obama's and (US Secretary of State John) Kerry's eyes or they've pulled it over their own eyes."

By the "wool" they mean Vladimir Putin's true intentions in Syria. The dispute in Washington revolves around whether Vladimir Putin genuinely seeks to the end civil war in Syria or merely supports President Assad against the so-called "moderate opposition" that seeks to strip Assad of power.

While some say Putin genuinely supported the UN initiative to bring peace to Syria, which was undermined by Bashar Assad by obstructing the Geneva process and ignoring the ceasefire, others believe Putin and Assad are playing on the same team, and, thus had it all planned. Either way, both the Pentagon and White House apparently lost their initiative in the conflict and the only thing they can do now is talk, waiting for whatever development will occur.