Defense Without People: Norway Cuts Personnel in a Military Shake-Up 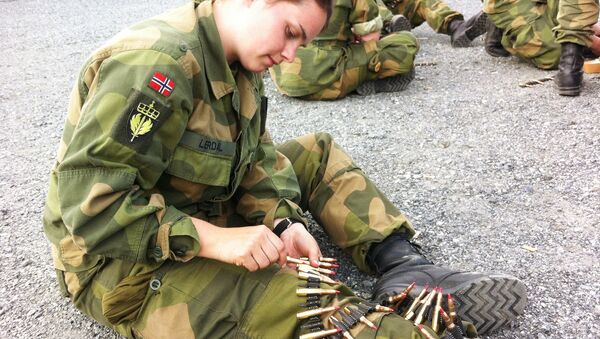 © Flickr / Metziker
Subscribe
Members of the Norwegian military and opposition politicians have reacted furiously to reports that the government proposes to make cuts to the country's armed forces, particularly in the north of the country, NRK reported.

Norwegian Warplane Fires on Surveillance Tower With People Nearby
The Norwegian government, a center-right coalition comprised of the Conservative Party and the Progress Party, has come under fire after the leak of defense reforms which propose to cut the number of armed forces and close several bases.

According to a report from Norwegian broadcaster NRK, the defense ministry intends to close nine military bases and cut the number of military personnel by 1,500. Most of those affected will be ground troops, but some coastal defense units and maritime territorial troops are also facing cuts.

The reports have been met with an uproar by representatives of Norway's armed forces and opposition politicians keen on saving local jobs in the areas they represent.

Pal Nygaard, head of the ground forces' union, said that the reforms will have "dramatic consequences" for defense.

"We will be completely paralyzed if the current government goes ahead with such a project. Our ground forces have one brigade; if the second and supporting departments are disbanded, we lose the brigade as a system," he told NRK.

Norway's Officer's Association told NRK that the greatest cuts concern ground forces based in the north of the country. In the region of Troms, 900 members of the armed forces are thought to have been deemed surplus to requirements.

"It seems that we are supposed to have a defense in which there are no people, just technology. It's very bad."

"I really want to call for a national protest. I think that the people just don't understand how this can affect the army's ability to carry out its functions. Things are getting so bad, that we won't have any kind of army," he said.

Norway Chief of Defense Warns Armed Forces Ill-Prepared for Attack
Maria Serafia Fjellstad is a member of the Venstre (Liberal) opposition party, and Mayor of Harstad, a municipality in Troms on the island of Hinnoya.

She told NRK that the area stands to lose 200 military staff.

"If the leak from the Ministry of Defense is correct and the plan goes ahead, about 200 jobs could be lost in Harstad," she complained.

"The main thing is not that Harstad will lose jobs, but that they are jobs of the armed forces, which are supposed to protect our country from danger. Given the current dangers, it is not right and not clever to dismantle the defense in the north, where we are facing the greatest dangers," Fjellstad said.

Eivind Stene, a member of the Harstad branch of the Progress Party, part of Norway's ruling coalition since 2013, said that Norway is in need of greater military support in the north in order to deal with the challenges of illegal migration.

"Taking into account the new threats that we are facing, the activity that is going on in the North and the increasing tension in the world, particularly the flow of migrants, it is important that the defense of northern Norway is strengthened," he said.