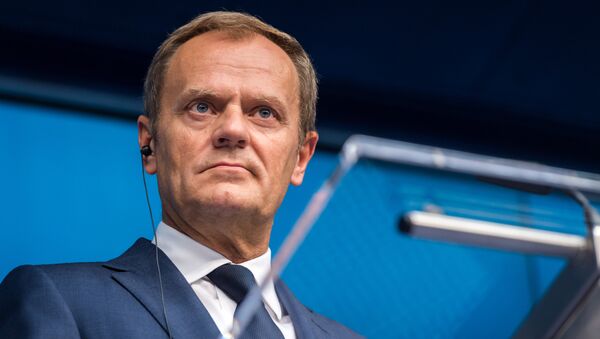 Donald Tusk, the former Prime Minister of Poland and current President of the European Council, told reporters that, during his political career, he learned not to expect the press to "treat him with special care, quite the opposite". In his own words, he accepted he needed to grow a "thick skin" towards criticism and suggested Turkish President Erdogan do the same.

Talking on the topic of criticism, he recalled his own imprisonment in the 1980s for opposing Poland's communist government. Tusk noted that Erdogan too, had been imprisoned in 1999 for criticizing Turkey's then rulers. However, now that he is in power, Erdogan has become remarkably sensitive to criticism against his own actions and policies, going as far as demanding foreign states prosecute their own people — a demand which Europe seems to bow.

Erdogan's sharp reaction to criticism has become a significant obstacle in the EU-Turkey migrant deal — a diplomatic attempt to solve the migrant crisis problem. Turkey aims to achieve travelling visa privileges, but the European Parliament is reluctant to approve its side of the bargain, considering the state of freedom of speech and freedom of press in Turkey.

Prosecutors in Turkey have opened more than 1,800 cases against people for insulting Erdogan since he became president in 2014, the justice minister said last month. Those targeted include journalists, cartoonists and even children. Many EU lawmakers responded with criticism on those measures, which include the recent lawsuit against a German comedian.