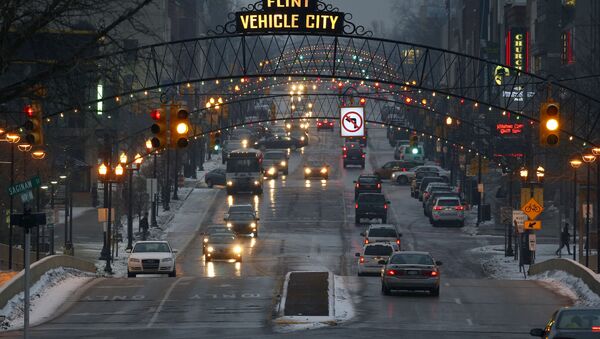 One of the first people to file a lawsuit against companies involved in the Flint, Michigan, water crisis has been found dead after a shooting. She was identified the same day the death of a foreman at the Flint Water Treatment plant was announced.

Sasha Avonna Bell, who led a lawsuit against six companies in the Flint water crisis, was found dead in her home on Tuesday. Another victim, Sacorya Renee Reed, was found dead as well inside a home on Ridgecrest Drive.

Three Officials Charged With Evidence Tampering in Flint Water Crisis
Bell had filed a lawsuit against six companies and claimed her 1-year-old son suffered from lead poisoning due to contaminated water. Three current government employees were also named in the suit. They were accused of shirking their responsibilities for the safety of the water in Flint.

Flint Water Treatment Plant foreman Matthew McFarland had been questioned in connection to the crisis. He was found dead on April 16 at his home in Otter Lake. The cause of death is unknown.

As for Bell, MLive reports that a suspect has been taken into custody. However, no charges had been filed as of Thursday.

“Her tragic and senseless death has created a void in the lives of so many people that loved her,” said her attorney Corey M. Stern. “Hopefully, her child will be lifted up by the love and support from everyone who cared deeply for Sasha.”

A GoFundMe page has been set to cover her funeral expenses.