Russian Railways in Talks on Joining Railway Project in Kuwait 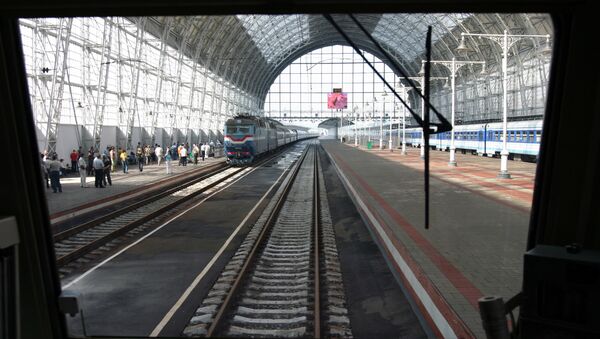 © Sputnik / Ruslan Krivobok
/
Go to the photo bank
Subscribe
A protocol of Friday’s fifth Russian-Kuwait intergovernmental commission stated that Russian Railways company has been in talks on its possible participation in construction of a 106-mile railway in Kuwait.

Greek Railway Privatization Tender Runs Into Month-Long Delay
MOSCOW (Sputnik) — Russia's state-owned company Russian Railways has been in talks on its possible participation in construction of a 106-mile railway in Kuwait, a protocol of Friday’s fifth Russian-Kuwait intergovernmental commission stated.

"The Joint Stock Company Russian Railways is in talks to participate in the construction of a 170-kilometer [106-mile] railway running from the border with the Kingdom of Saudi Arabia to the south of Kuwait," the document read.

The railway will be part of the railway network of the Cooperation Council of Arab States of the Gulf (GCC), which comprises Saudi Arabia, Kuwait, the United Arab Emirates, Qatar, Bahrain and Oman, according to the document.

000000
Popular comments
Russian Railways are probably the world's leaders on this type of construction.