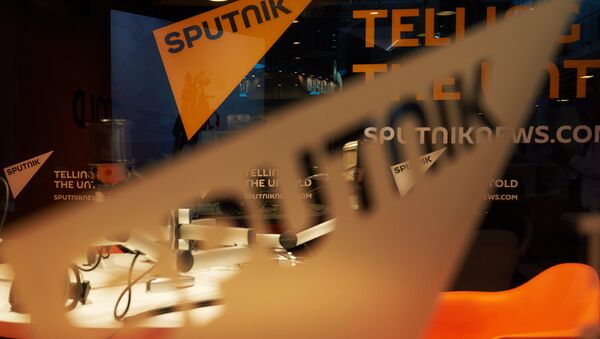 Yaman Akdeniz professor from Turkish Bilgi University spoke to Sputnik in an interview about how the censorship against Sputnik News Agency continues after the judge dismissed his appeal.

Turkey’s Sputnik Ban Demonstrates ‘Weakness of Political System in Country’
The request for an appeal against the court's decision regarding blocking access to Sputnik’s website was made by Yaman Akdeniz and a member of the faculty of Ankara University, Kerem Altıparmak. The appeal was rejected by the criminal court in Ankara’s Gölbaşı district.

In an interview with Sputnik, Yaman Akdeniz, said that the judge told them that the appeal was rejected because Akdeniz and Altynparmak “are not participants to this litigation”. Akdeniz stressed that the judge had no authority to reject the appeal and they sent a repeated request.

Since the District of Gölbaşı has only one judge, it should have been submitted to the duty of the world criminal court in Ankara.

“We re-filed the petition, which now must be sent to the court in Ankara. I believe that in this case tactics to delay the trial are being applied. The problem is that the decision to block the website in accordance with the law 5651 must be made by the court within 48 hours. Typically, it happens on the same day.”

Whereas, the situation with appeal is quite different as the appropriate application may be reviewed for a long period.

Akdeniz said that there have been cases when the judge did not rule the petition of appeal for 2-3 weeks. “This process is purposely delayed; it is fairly easy to do, since the law does not clearly define the term of consideration of appeals. If the Ankara court rejects our appeal, we will appeal to the Constitutional Court.”

Turkey's crackdown on journalists and restrictions on freedom of speech have previously been criticized by the international community, including the United Nations, the United States, the European Union, Russia and the organization Reporters Without Borders (RSF). Turkey ranks 151th out of 180 countries in the RSF 2016 press freedom index.
Newsfeed
0
Access to the chat has been blocked for violating the rules . You will be able to participate again through:∞. If you do not agree with the blocking, please use the feedback form
The discussion is closed. You can participate in the discussion within 24 hours after the publication of the article.
To participate in the discussion
log in or register
loader
Chats
Заголовок открываемого материала