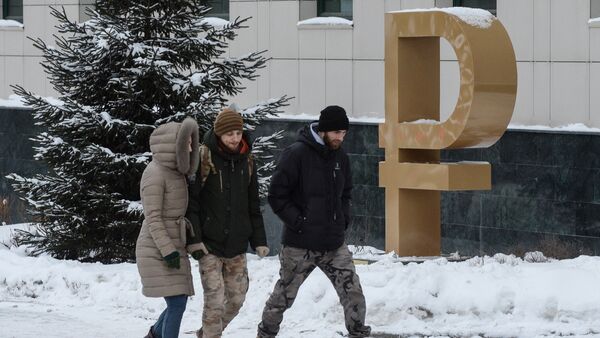 © Sputnik / Alexandr Kryazhev
/
Go to the photo bank
Subscribe
A slight GDP growth of one or two percent is expected in Russia in 2017-2019, Prime Minister Dmitry Medvedev said.

MOSCOW (Sputnik) — Russian economic growth will stand at around zero in 2016, but will increase to around one to two percent in 2017-2019, Russian Prime Minister Dmitry Medvedev said Thursday.

"In the basic version [of the government's macroeconomic forecast], GDP growth this year will remain at around zero or be slightly negative. A slight growth of one to two percent is expected in 2017-2019," Medvedev said at a government meeting.

In 2014, the European Union and the United States sanctioned Russia's key defense, energy and banking sectors following Crimea’s reunification with Russia and accused Moscow of fueling the armed conflict in eastern Ukraine. The Russian economy suffered a setback as the ruble lost about half of its value against the dollar amid low global oil prices and the sanctions.