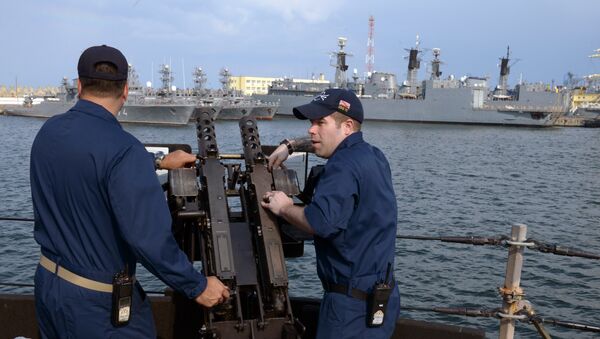 The Russian envoy to NATO emphasized the importance of upholding the Montreux Convention regime in the Black Sea. The presence of extra-regional countries in the sea would imperil stability in the area.

MOSCOW (Sputnik) — Russia's envoy to NATO Alexander Grushko said Thursday that extra-regional powers should not be present in the Black Sea, commenting on the idea of a NATO Black Sea fleet.

"We know that among Black Sea states, Bulgaria, Romania and Turkey are maritime powers and they have fleets in the Black Sea. Whether you put them together in a group or not — that is up to the armed forces. But it is of crucial importance that the Montreux Convention regime remains inviolable. It is one of the key international agreements providing regional stability and safety."

"We believe there should be no attempts to change this regime to make it easier for extra-regional powers to be present in the Black Sea," Grushko told Rossiya-24 television.