'Everybody Has Asked Me for Sex': 600 Alleged Rape Reports in UK Schools 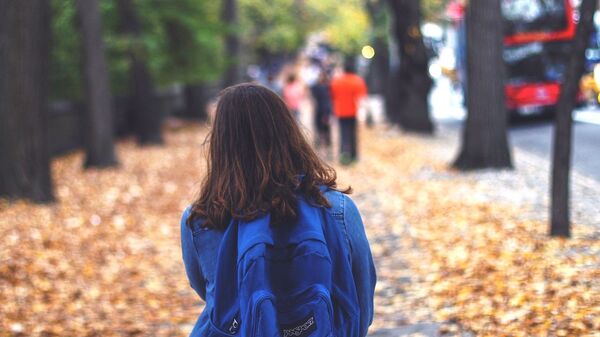 A major investigation into the prevalence of sexual harassment and violence in schools is underway in Britain after more than 600 alleged rapes were recorded over the last three years.

A revelation of little surprise to a mother from south east London who revealed to Sputnik that her 13-year-old daughter was missing out on her education because she felt pressured to have sex at school every day.

"My daughter came to me emotionally distraught saying that the pressure she's getting for sex at school means that she doesn't want to go to school," the mother told Sputnik.

"I took it up with the teachers and said my daughter would not be returning to school until someone deals with this.

"The school did take steps to improve the situation and my daughter goes to school every day but she tells me, 'Mum, everybody in every year has asked me for sex.' "

The Commons Women and Equalities Committee is behind the investigation into UK schools after data last year showed 5,500 alleged sexual offences, more than 600 alleged rapes and 4,000 alleged physical assaults were recorded in UK schools over three years.

Our new inquiry on #sexinschools launches today. You can submit evidence via our website: https://t.co/RQpO4tuZ5v pic.twitter.com/oLRjaLp9tL

The mother of the 13-year-old girl, who stopped going to school due to the pressure she felt to have sex, told Sputnik she blames the Department for Education for losing control of the situation.

"I'm worried about the effect that society is having on my daughter and the lack of control the education system seems to have on the situation. As a mother you just want to protect them, I'd rather home school her so she doesn't have to be part of that."

Ahead of the inquiry by the Commons Women and Equalities Committee, 300 young people reported to the committee that schools were failing to play their part in recognizing the pressures young people are under relating to sexual harassment and sexual bullying — and teachers are all too often brushing off incidents because the students are young.

We want to hear your experience and solutions to the issue of #sexinschools Submit evid here https://t.co/8ZYrhf6jpo pic.twitter.com/VDigqubBCP

"Lad culture is a big issue; it is really common. In my school lads would come up to girls and grab their ass, try and push them into the changing rooms and stuff and they say don't get upset it's just banter," a 22-year-old woman and former student told the committee.

A poll carried out in 2010 of 16 to 18 year olds found that 29 percent of school girls had been on the receiving end of unwanted sexual attention and touching at school. The YouGov poll also revealed that 71 percent witnessed girls being called sexually derogatory names every week.

Five years later in 2015, another survey carried out by GirlGuiding UK found that three quarters of young girls and women suffered with anxiety about being sexually harassed at school.

Yet despite data and reports carried out six years ago in which campaign group End Violence Against Women called for the government to urgently address the alarming levels of sexual bulling and harassment in schools, this inquiry is the first time MPs will investigate the increasing prevalence of rape and sexual violence in schools.

"It's clear from the young people we've heard from that sexual harassment and sexual violence in schools is having a profound impact on their day to day lives", Maria Miller, chair of the committee said.

"We need to address this issue now, and stop it from blighting the lives of another generation of young people — both male and female".