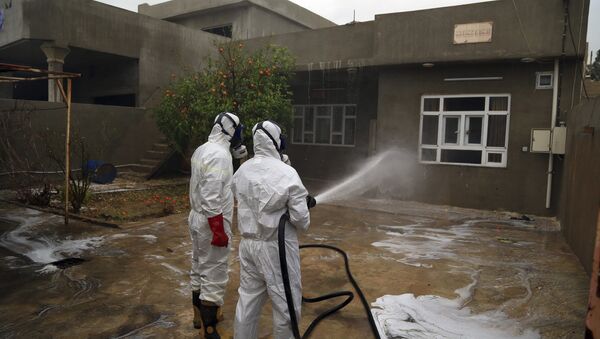 Around 70 Iraqi Turkmen who suffered a Daesh chemical attack last month have arrived in Turkey for treatment, the Turkish Foreign Ministry said Tuesday.

ANKARA (Sputnik) – Up to 600 people were injured and a three-year-old girl was killed in two early March Daesh chemical attacks in the northern Iraqi township of Taza.

"The 68 Iraqi Turkmen affected by the IS [Daesh] March 9 chemical attack near Kirkuk, including three in serious condition and 21 children, have been brought from Iraq to Turkey and are being treated at the Polatli Develet Hastanesi hospital in Ankara province," the ministry said in a statement.

It noted that 20 of the 22 Iraqi Turkmen brought for medical care from the same attack on March 24 have been sent back to their homeland after undergoing treatment.