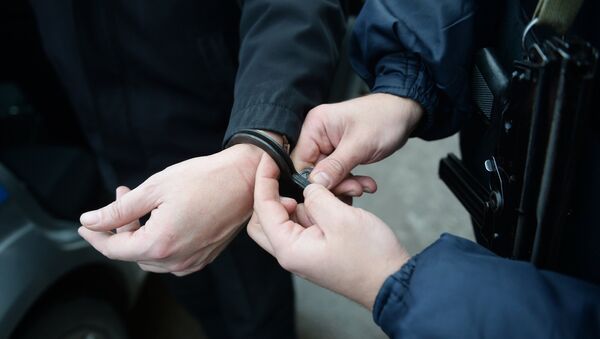 MOSCOW (Sputnik) – The arrest was carried out as part of the special crime-prevention operation codenamed "Taxi" that began on April 5.

"A taxi driver born in Tajikistan was arrested in the central district on April 14. He has been put on an international wanted list for crimes related to the recruitment of people to participate in military operations in the ranks of Daesh," Yakunin said.

Russian, Syrian Bombers Drop Big Surprise on Daesh Supply Line Near Raqqa
Police detected 5,000 unlicensed drivers out of the 65,000 registered taxis in the Russian capital. Over 300 drivers operated without driving licenses, while over 50 have been detected using forged documents.

Over 900 of the inspected drivers had criminal records, 14 of them on felony charges, including murder, rape and kidnapping. A total of 29 taxi drivers put on the wanted list have been arrested as part of the operation.

Russian Interior Minister Vladimir Kolokoltsev estimated over the weekend 173,000 taxi drivers have been inspected as part of the operation.

Late in March, police and the Federal Security Service detained nearly two dozen people suspected of having links to the terrorist group banned in many countries including Russia.