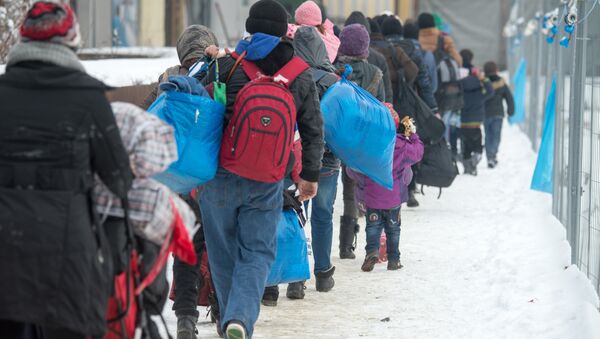 According to Sputnik.Polls, over two-thirds of participants in Germany (68%) and France (67%) and almost half of those in Great Britain (46%) believe their media and governments provide biased information about migrant crime. This comes as a result of a survey conducted by Populus and Ifop for Sputnik news agency and radio.

One Third of Dutch Citizens Do Not Want Ukraine in the EU
MOSCOW (Sputnik Press-Office) — Poll participants in France demonstrate even less trust in their government and media: in all, 17 percent believe they receive objective information about crimes which may be committed by migrants. In Germany, the situation is almost as bad with the figure reaching 25 percent whilst in Britain, there is more reliance on the media with 36 percent maintaining their faith in it.

Furthermore, the Sputnik.Polls survey demonstrated that it is a topical issue in Europe, with only 7 percent of German participants, 16 percent of French and 18 percent in Britain had no opinion on the question.

The survey was conducted in Britain and Germany by Populus Ltd., a leading British polling company, on February 3 and 4, 2016. The survey involved 3,556 respondents (1,047 in Britain and 1,010 in Germany). In France, the survey was held by IFop, a leading French polling company, from February 3 through 5, 2016 and involved 1,499 respondents. The sample is representative of the country's population with respect to gender, age, geography and occupation.