Is Denmark Staking on Kurds in the War Against Daesh? 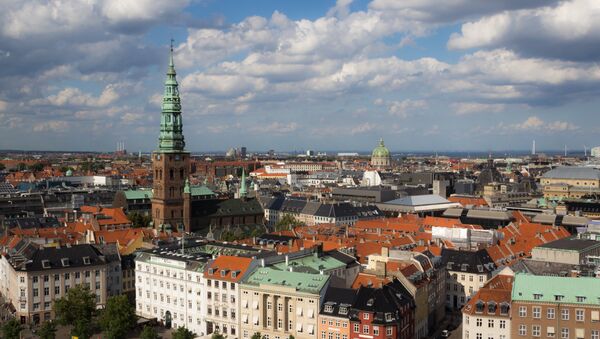 This is doomed to provoke wrath on Turkey's part, as Ankara has stamped the PYD and the party's armed forces, YPG, as a terrorist movement due to their contentious relationship with the Kurdistan's Workers Party PKK.

"The goal of our representative office is to strengthen relations and cooperation with Denmark and the Danish authorities," said Saiar Youssef to Berlingske.

According to Deniz Serinci, editor of the Danish-Kurdish newspaper Jiyan, Denmark now must brace itself for a firestorm from Turkey.

"There is no doubt that Turkey will see it as a provocation that the PYD is now opening an office in Denmark," he told Berlingske. "One should not forget that there has been trouble every time since the 1990s when PKK's political wing tried to open an office here in Denmark," Deniz Serinci said.

Fit In Or Get Out: Muslim Extremists' Days in Denmark Are Numbered
This may, however, shed some light on Denmark's intended allies in Syria and Iraq, as the Danish parliament is expected to give a green light to sending fighter jets and special forces to fight Daesh in the war-torn Middle East.

According to Defense Minister Peter Christensen of the Liberal Party (Venstre), the US-led coalition, which Denmark intends to be part of, supports a group called Syrian Democratic Forces, "an assembly of various armed Syrian groups," as the defense minister put it. The exact list of the military factions which are expected to enjoy Danish support is, however, not to be made public for security reasons. This decision has stirred criticism on the home turf.

"It is highly unsatisfactory that the Danish public never gets to know who exactly we work with," said Defense and Foreign Affairs spokesman Martin Lidegaard of the Social Liberal Party (Radikale Venstre), which support the government proposal to send Danish troops to Syria.

Foreign Minister Kristian Jensen of the Liberal Party (Venstre), warned, however, of an ensuing reaction from Daesh.

"If you look broadly across the whole Europe, I think there is a higher risk of terrorist attacks against European cities in the coming months," he told Danish Radio (DR). "It is clear that when we push them militarily, so they try to bounce back," he said.