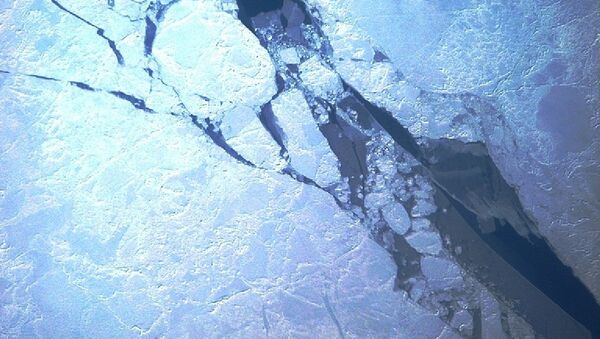 Russian military aviation has been deployed to the Vologda region, after powerful snowmelt floods hit vast territories across the country.

Jordan Interested in Purchasing Russian Su-34 Bombers – Reports
Local authorities initiated efforts to destroy a 40-km ice jam on the Sukhona river near Veliky Ustyug, in the Vologda region. As Monday's demolition work didn't bring the expected result, bombing missions from the air are being implemented.

Several Russian Su-34 bomber aircraft launched airstrikes on the border area between the Archangelsk and Vologda regions. These modern multipurpose planes were most recently bombing Daesh positions in Syria.

The task isn't easy. The Vologda region is in the grip of the worst flooding in 20 years, and the consequences have required a special operation by the military and emergency response groups.

Locals have been watching and filming the "military operation" from a distance.

Thousands of people in Russia have been affected by heavy spring floods, and many have been forced to flee their homes. Emergency response workers continue to evacuate residents of flooded cities and villages, also providing those who can stay with necessary provisions.

According to the Russian Ministry of Emergency Situations, the flood area doubled in a single day, and the rising waters have affected over 100 cities.