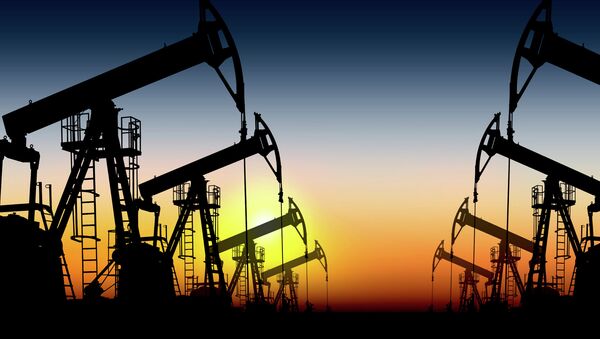 "The Saudis have no interest in seeing prices rise now to levels that enable a reversal of these trends," Freeman said on Monday. "As they intended, they are building market share at the expense of more costly producers."

The current slump in oil prices could not last because it had already led to a sharp fall in investment in drilling new wells, Freeman, a past president of the Middle East Policy Council, explained.

"Too much attention is being paid to efforts to coordinate price-fixing for oil and not enough to the underlying trends in supply and demand. Investment in new production has plummeted, as has production from shale," he stated.

The current global oil glut is therefore in the process of being eliminated, Freeman observed.

The Saudis are also "expanding their production capacity," he added.

Even when prices rose again, Saudi Arabia remained determined to expand its own production, however much it took, Freeman predicted.

"When prices reach levels at which there is significant stimulus for increased production by higher cost producers, the Saudis will move to ensure that they do not rise further," he maintained.

There would be no return to prices that enable production by high-cost producers at the expense of Saudi market share, Freeman believed.

"We are in a new and increasingly complex situation in energy markets," he noted.

Freeman also pointed out that the Saudis were also responding to the global trend of creating far more oil refining capacity.

Like other producers, the Saudis "are expanding their refining capacity and their ability to add value through petrochemical production. Less crude will be available on global markets," he observed.

Freeman suggested that the Saudis were also striving, like Russia, to diversify their national economies and move away from sole dependence on energy production.

"Even the Saudis understand that they cannot rely forever on revenues from energy extraction. They are attempting to transform their economy to achieve a measure of independence from oil markets. Other countries, like Russia, have no alternative to doing the same," he concluded.