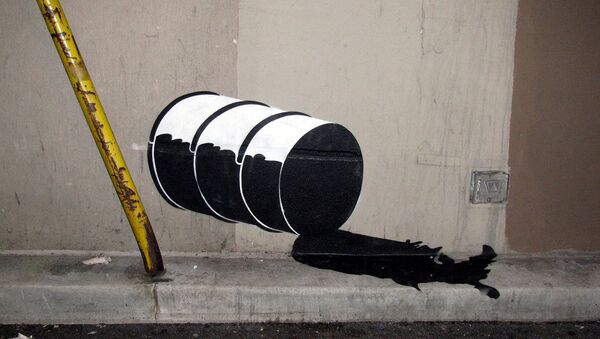 © Flickr / Eric B.
Subscribe
Oil-producing countries will not have reached a deal on output freeze before the June meeting of OPEC, the Venezuelan oil minister told Sputnik.

MOSCOW (Sputnik) — It will be impossible to reach any agreement on oil output freezes before the June meeting of the Organization of the Petroleum Exporting Countries (OPEC), Venezuelan Oil Minister Eulogio del Pino told Sputnik on Monday.

The Doha meeting on oil production freezes was "disappointing" and used to exert political pressure, according to del Pino.

"Unfortunately the meeting was used for political pressure, it was disappointing," he said.

"There were no talks, we were agreeing on another document the day before. The Saudi Arabian delegation was not authorized [to make decision] but received instructions," the minister added.

The minister did not rule out another global oil price slump after which oil producers' negotiations on supporting the market may be restarted.

"Prices may drop now. Then, possibly, we’ll restart negotiations again on a basis which would not permit anyone to take part in sabotage to pressure a particular country," del Pino said.

On Sunday, the participants of the negotiations of the world's major oil-producing countries, which included both Organization of the Petroleum Exporting Countries (OPEC) members and non-cartel producers, failed to reach an agreement on freezing production levels. The news triggered a sharp drop of about 4 percent in oil prices.

Agreements between Rosneft and Venezuela are legitimate and constitutional, Eulogio del Pino said during a press-conference on Monday.

"We all are unanimous that they are perfectly legal and comply with the Constitution of Venezuela."

Rosneft Invests $500 Million in Venezuela’s Oil Industry Amid Crisis
He added that the joint project's approval by the Venezuelan National Assembly cannot be reviewed in retrospect.

In December, Rosneft Vice President Mikhail Leontyev told Sputnik that Rosneft's projects in Venezuela remain in force irrespective of the opposition's victory at the Venezuela parliamentary election and have a strategic and long-term character.