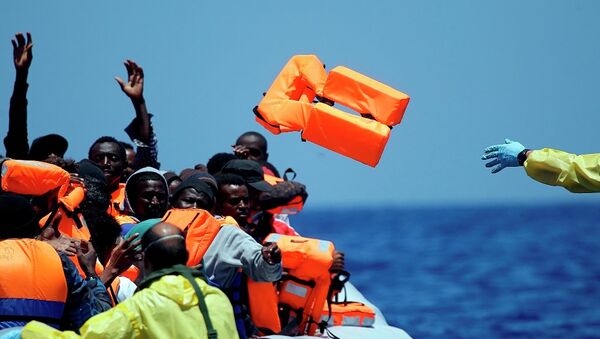 The Italian, Greek, and Maltese governments have each provided conflicting accounts relating to a claim that some 400 refugees have drowned in the past few days while crossing the Mediterranean.

Earlier on Monday, refugees allegedly rescued from the Mediterranean reported that hundreds of people had been killed when four boats capsized while sailing from Egypt to Italy. According to some estimates, up to 500 people drowned.

But European governments responsible for rescue operations have given conflicting reports about the incident.

"There was no such incident off Greece. I think the information is incorrect," a spokeswoman for the Greek Coast Guard said, according to Gawker.

"Whatever the case, this did not happen in Greek waters and nobody was rescued off a vessel with 400 to 500 people on board."

The Maltese rescue coordination center has also denied responding to any such shipwreck.

According to Migrant Report, the United Nations High Commissioner for Refugees stated that "its enquiries about any survivors being brought to Crete or the nearby island of Karpathos both turned up a blank."

All initial reports of the shipwrecks stemmed from a single report from BBC Arabic, and many suggested that the story had incorrectly referred to previous shipwrecks in the Mediterranean.

The Italian government, however, has confirmed the reports.

"We are looking for more details and information but what is sure is that we are again with a tragedy in the Mediterranean, exactly one year after the tragedy we had…in Libyan waters," Italian Foreign Minister Paolo Gentiloni told reporters, according to Migrant Report.

"This is another strong reason for Europe to commit itself not to build walls but towards strengthening our commitment towards migration, especially towards Africa."

A separate report released by the Center for Research Architecture at Goldsmiths and York, condemns the European Union for slashing funds for Mediterranean rescue missions.

"Our report sheds new light on the consequences of the EU’s decision to cut back on search and rescue operations, which left a huge gap in its rescue abilities and shifted the burden of responsibility in dangerous regions to large commercial vessels," Lorenzo Pezzani, co-author of the report, told Sputnik.

"These ships are not equipped to carry out dangerous rescue operations…The crew don’t have specific training, there are usually only 10 or 20 people on board and the very structure of the ship is not adequate to carry out rescue operations of migrant boats, which are overcrowded and unseaworthy."