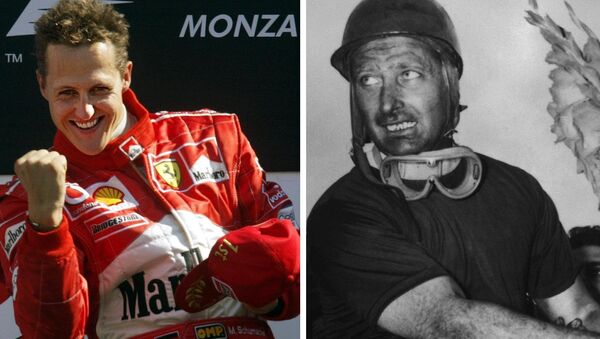 Statisticians at the University of Sheffield analyzed of all the Formula One drivers since the competition began in 1950 and found that Argentinian Juan Manuel Fangio was the sport’s all-time first place champion; Fernando Alonso is the best current driver.

Putin Awards Winners of Russian Formula 1 Grand Prix in Sochi
Statisticians at the University of Sheffield in the UK have analyzed the performance of all drivers in Formula One auto racing since 1950 to determine which driver performed the best, regardless of which car he was driving.

They found that when the effect of the driver's team is discounted, Juan Manuel Fangio was the best driver. Fangio, nicknamed "El Maestro" won the World Championship five times between 1951 and 1957 while racing for four different teams: Alfa Romeo, Ferrari, Mercedes-Benz and Maserati, a feat that has never been repeated. 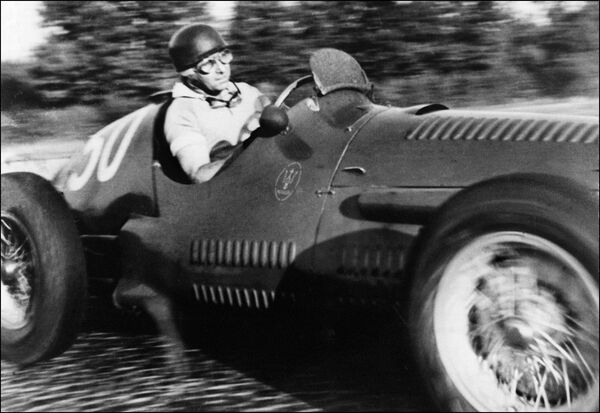 Picture dated 1953 of Argentinian Maserati driver Juan Manuel Fangio during the Italian Formula One Grand Prix in Monza
© AFP 2022
Seven-time World Champion Michael Schumacher is the greatest Formula One driver in terms of race wins, but the analysis of his entire career puts him in eighth place. However, his performance for Mercedes after his return to Formula One between 2010 and 2012 dragged down his rating, as he was outperformed by team-mate Nico Rosberg.

Taking into account only his career before his first retirement in 2006, Schumacher takes third place. In this formulation, when Schumacher is treated as a separate driver on his return, Rosberg's performances appear less impressive by comparison, and he drops from 13th to 49th.

The best driver who currently competes is Fernando Alonso, who comes in fifth place. The only other driver currently racing to make the top ten is Sebastian Vettel, in tenth place.

​The study, published in the Journal of Quantitative Analysis in Sports, estimates that teams matter about six times more than drivers. Team effects have increased over time, but teams are less influential in wet conditions, and on city street circuits as opposed to permanent circuits.

"The question 'who is the greatest F1 driver of all time' is a difficult one to answer, because we don’t know the extent to which drivers do well because of their talent or because they are driving a good car. The question has fascinated fans for years and I’m sure will continue to do so," said Dr Andrew Bell of the Sheffield Methods Institute, who carried out the study.

"Our statistical model allows us to find a ranking and assess the relative importance of team and driver effects, and there are some surprising results. For example the relatively unknown Christian Fittipaldi is in the top 20, whilst three time champion Niki Lauda doesn’t even make the top 100. Had these drivers raced for different teams, their legacies might have been rather different."